Ultrasound Changes Minds -- Even Inside the Abortion Clinic 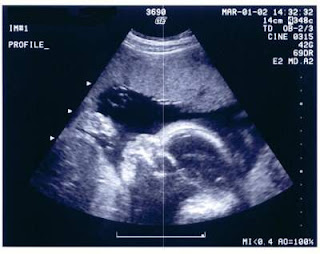 Abortion rights activists have long preferred to hold themselves at some remove from the practice they promote; rather than naming it, they speak of “choice” and “reproductive freedom.” But those who perform abortions have no such luxury.

Instead, advances in ultrasound imaging and abortion procedures have forced providers ever closer to the nub of their work. Especially in abortions performed far enough along in gestation that the fetus is recognizably a tiny baby, this intimacy exacts an emotional toll, stirring sentiments for which doctors, nurses, and aides are sometimes unprepared.

Most apparently have managed to reconcile their belief in the right to abortion with their revulsion at dying and dead fetuses, but a noteworthy number have found the conflict unbearable and have defected to the pro-life cause...

Here is an exciting and hopeful article, "Mugged by Ultrasound: Why so many abortion workers have turned pro-life" by David Daleiden and Jon A. Shields and published in the Weekly Standard. Don't miss it.
Posted by DH at 10:16 AM