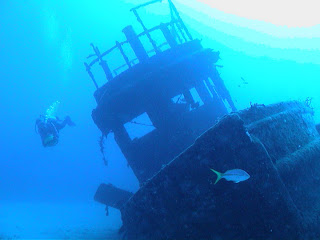 Bill Carter reports what must come as tough news for the New York Times -- tough news because they see their own future in CNN's remarkable slide into irrelevancy. As I have before (1, 2, 3, 4, etc.), I urge you to use this kind of thing as leverage in getting CNN out of your life altogether; i.e., your doctor's offices, convenience stores, coffee shops and airline terminals.

Just send the first few paragraphs of this New York Times story (or print off the page itself) and add your personal note with something like the following:

"As the evidence clearly shows, Americans turn off CNN when they have the remote controls at their fingertips. Why then should we be forced to watch it at your place of business? Please turn CNN off. And, if you absolutely have to have a TV on in your place of business, please make it Fox News (by far America's most popular cable TV news) or ESPN or the Food Channel or re-runs of I Love Lucy. Anything but CNN. Please?"

Here's the relevant paragraphs from the Times story. (Thanks, Lucianne.com.)

CNN continued what has become a precipitous decline in ratings for its prime-time programs in the first quarter of 2010, with its main hosts losing almost half their viewers in a year.

The trend in news ratings for the first three months of this year is all up for one network, the Fox News Channel, which enjoyed its best quarter ever in ratings, and down for both MSNBC and CNN.

CNN had a slightly worse quarter in the fourth quarter of 2009, but the last three months have included compelling news events, like the earthquake in Haiti and the battle over health care, and CNN, which emphasizes its hard news coverage, was apparently unable to benefit.

The losses at CNN continued a pattern in place for much of the last year, as the network trailed its competitors in every prime-time hour. (CNN still easily beats MSNBC in the daytime hours, but those are less lucrative in advertising money, and both networks are far behind Fox News at all hours.)

About the only break from the bad news for CNN was that March was not as bad as February, when the network had its worst single month in its recent history, finishing behind not only Fox News and MSNBC, but also its sister network HLN — and even CNBC, which had Olympics programming that month.

CNN executives have steadfastly said that they will not change their approach to prime-time programs...
Posted by DH at 10:19 AM