Karl Marx Would Be Smiling 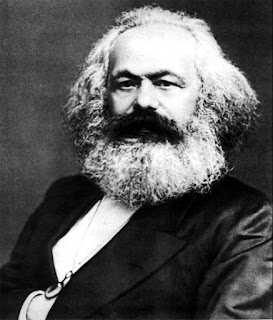 In his eulogy for Karl Marx deceased on March 14, 1883, his friend and fellow revolutionary Friederich Engels wishfully prophesized that Marx’s name “will endure through the ages, and so also will his work.” Hardly could he have imagined that his friend’s social vision would suffuse common political dynamics in the United States a little over a century later; that the eminent Speaker of the House would play his handmaid and the powerful President his dupe.

The disaster that played out last weekend set the high water mark of Marx’s influence on our great country. If we don’t see this we won’t understand recent events. His name wasn’t mentioned and his rhetoric wasn’t explicit. But his vision was alive: a reckless mendacity in the pursuit of goals; an almost savage disregard for democracy; a savioristic reliance on politics to transform the social order; and a forceful use of naked power as the principle of social change.

We witnessed the demonization of a class of people, the bourgeois in Marx’s scheme, the U.S. middle class, who from last summer have shouted a crescendoing “NO!” to a government health care revolution. They were called Nazis, bigots, obstacles to progress; they were bullied by thugs, characterized as stupid, and censored by the liberal media. Their reasons for opposing the revolution didn’t matter. The mere fact of it placed them on the wrong side in the dialectic of history, so they needed to be opposed...

So what now? As in the wake of Roe, we must begin a rear guard offensive. After the President signed the bill into law on Tuesday, fourteen States attorneys general filed suit over the constitutionality of the legislation. Find out if your State is one of them and support the effort. Learn the provisions of the new law. You will be forced to purchase insurance. But at least one insurance carrier in each State exchange is required not to provide abortion coverage, which means the majority of carriers will. Do your homework; find that carrier and support it. Next, when your representatives come home for Spring break, tell them what’s on your mind. Finally, polish your pointing finger for the November elections.