Gloria Estefan: "Turn the Beat Around" for a Free Cuba 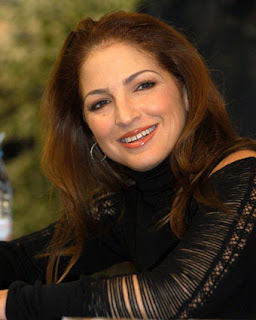 Gloria Estefan is marching today in Miami. And she's marching in behalf of Cuba.

But don't expect her to be expressing the sentiments of Oliver Stone or Sean Penn or any of the other Hollywood apologists for Fidel Castro. No, Estafan is marching in support of Las Damas de Blanco (The Ladies in White) a brave group of women whose husbands, fathers, and sons are among those innocents who were tossed in Castro's infamously cruel jails back in 2003 for opposing the Communist regime.

The group marches every year to mark the anniversary of the arrests, known as the Black Spring. However, one of their marches earlier this month ended with Castro's police violently repressing the protest and arrested several of the women.

That incident stimulated Estefan to join in.

“The moment has come for us as well; Cubans who live in freedom and anyone who would like to join us, to show our strength, support and spirit to the Damas and to the Cuban people. Let’s walk together like the Damas de Blanco; with dignity, in silence, with a flower of hope in our hands and dressed in white to represent purity of thought, actions and new beginnings! We will walk for the love of freedom.”

Estefan is offering to pay for any costs incurred by the city for providing police protection. Concluding the march, Estefan will read a poem by Cuban patriot José Martí and then lead the participants in the singing of both the American and Cuban national anthems.