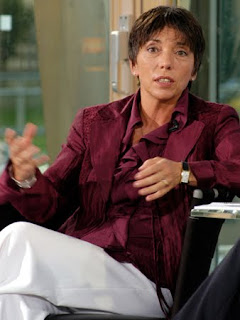 Conservative Christians within the Evangelical Church in Germany, a theologically and politically liberal denomination, have been concerned over the rise of Margot Käßmann, the Bishop of Hanover who also was elected last year to lead the entire denomination. Those concerns have included, most obviously, women's ordination itself. But they have also covered such matters as Käßmann's divorce, her heterodox theological views, and her liberal opinions on contraception, sex education and homosexuality.

Käßmann has now made her standings with her critics even worse by being arrested for drunk driving last Saturday night.

Hanover Police pulled over the boozed-up bishop after she ran a red light in a church vehicle, no less. She was absolutely potted. Lab tests scored her at being over three times the legal limit.

Her fellow clerics in the denomination had made an announcement that they were standing behind Käßmann but the drunk driving "mistake" (she called it such in a second news conference too) was just too atrocious and much too public. Therefore, Käßmann has announced she is stepping down from all of her positions effective immediately.

Well, except for her position as a church pastor in Hanover. Käßmann is keeping that gig.

But, of course, after giving up all her "important" offices, who could begrudge Rev. Käßmann for hanging onto a single church? Standards of holy conduct mustn't be that big a deal for such a piddling position. And it was, after all, just a "mistake." Surely, the local yokels will see it that way and welcome me back.

Sadly, Rev. Käßmann, they may. But let's hope they at least have the sense to keep careful track of the sacramental wine and to keep you from driving the kids to youth group.
Posted by DH at 8:58 AM