The Court's Campaign Finance Decision: It's Not What the Media Is Telling You 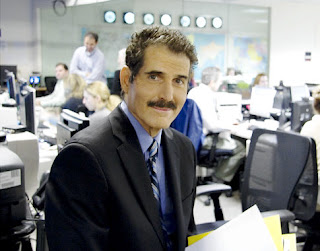 Setting the record straight is what John Stossel does best. And in this article in his new blog, John Stossel's Take (hosted by Fox in it's Business Section), he describes how badly botched was the mainstream media coverage of last week's Supreme Court decision on campaign finance law.

Stossel calmly, carefully exposes the glaring errors made in what were less news stories than they were MSM opinion pieces and he then explains why McCain-Feingold "reforms" were actually quite injurious to free speech.

He concludes with a celebration of how the Court gave the people a bit of their democracy back:

What campaign finance laws did was hand the power and control back to incumbent politicians and the political parties. The laws left "ordinary citizens" with only one way to make their voices heard: Make a contribution to a candidate or a political party.

Keep that in mind when you hear the media describing last week's ruling as a victory for "corporations". The Supreme Court also empowered ordinary citizens to band together and speak freely.

FYI: John Stossel also has a new TV program airing Thursdays at 8 p.m. on the Fox Business Network.
Posted by DH at 11:11 AM