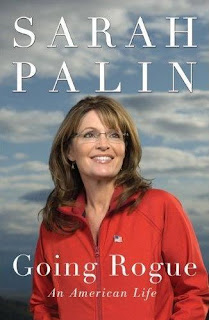 ...Palin feels at ease with Middle America, and in a strange way is the antithesis to Barack Obama. Both are young, and charismatic, and appeal to populist constituencies. But whereas Obama came out of a Honolulu prep school and elite Ivy League hot-house, and had to acquire, quite artificially, his street credentials at the foot of Rev. Wright and in the Chicago scratch-back world of Valerie Jarrett and Mayor Daley, Palin was a true product of the working class and took on rather than swam into the status quo political structure.

That fact was sadly lost in 2008, but it is starting to ring true as her popularity rises and Obama’s declines. Remember, though, these are mostly perceptions still, and Palin will have to give long interviews, do debates, lecture, write, and show a public grasp of the issues in the way that earlier charismatic, non-career politicians like Eisenhower and Reagan could—in contrast to flash in the pans like a Wesley Clark. For 2008 and much of 2009 the left and the media successfully caricatured her as a creationist, white-supremacist, Christianist nut, but that demonization is wearing off. Quite simply, the more the public sees her, the more it likes her—and that’s not true of most politicians like a Nancy Pelosi, Harry Reid—or Barack Obama...

(This is Victor Davis Hanson, the classicist and historian at Stanford University’s Hoover Institution, in an excerpt from a superbly informative interview of him about Sarah Palin by FrontPage Magazine's Jamie Glazov. Check out the rest right here.)
Posted by DH at 11:16 AM