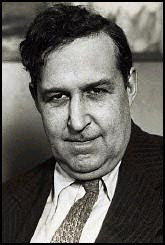 One of my favorite authors, John Buchan, once described an atheist as "a man who has no invisible means of support" while the early 18th Century poet/politician Joseph Addison said that "to be an atheist requires an infinitely greater measure of faith than to receive all the great truths which atheism would deny."

But, in light of the new rash of atheist books and conferences around nowadays, perhaps today's most relevant quote comes from the early 20th Century newspaperman, Heywood Campbell Broun (photo at right) : "Nobody talks so constantly about God as those who insist that there is no God."
Posted by DH at 11:03 AM