"Marriage is Unnecessary in a Mobile Society Like Ours.” 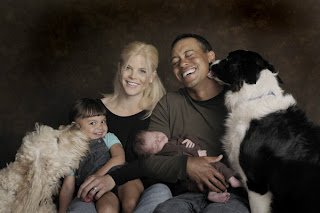 Karen Crouse followed Tiger Woods around the golf course for several weeks this year and wrote two articles focusing on his fatherhood. Crouse described Woods as a new man who had found joy and success as a dad and was so changed by the experience that he was a warmer, more engaging person even on the golf course.

In her latest article, published in the New York Times, Crouse admits that after the revelations of his many adulterous flings, the titles of those two articles now sound like punch lines: “The Family Guy Is Back on the Course” and “All Eyes Are on Tiger, the Father.”

But she then goes on to record this very sobering assessment.

Woods’s parenting role model was his father, Earl, who was committed to rearing him after having two sons and a daughter in a failed first marriage. Earl, a retired Army officer, attributed the divorce to military obligations that took him away from the family. Asked how he would manage to be there for his children when golf takes him away from home so much, Woods told me, “It’s going to be a lot more difficult, there’s no doubt.”

Maybe it is impossible. Perhaps Woods was destined to be like his father, only not in the way he had hoped. Over lunch on the veranda at the Masters one year, Earl Woods said, “I’ve told Tiger that marriage is unnecessary in a mobile society like ours.”

The way Woods talked about his children, I was sure he was going to prove his father wrong.
Posted by DH at 9:35 AM