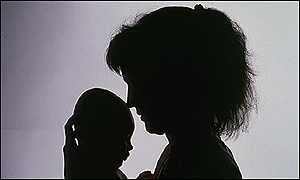 The effects of Nebraska's new ultrasound law (LB 675, the Mother's Right to See Her Unborn Child) are already having life-saving effects. As Michelle Sullivan of the AAA Center for Pregnancy Counseling describes on her Facebook page, "Because of a new law in Nebraska, the abortion clinic is referring patients to the CPC for the free ultrasound that is required by the new law."

"The abortion clinics do have ultrasounds [but] the new law requires that they give the patient the name of a provider that does ultrasounds for free...that would be us!! The abortions clinics won't do it for free."

Michelle closes with this. "Go God! Use whatever it takes to reveal the truth! Lord, change the hearts and minds of the women who come to the Center!"

This, of course, is absolutely terrific news and we should be praying more fervently than ever for those women facing unplanned, unwanted or otherwise problem pregnancies. And we should be making sure we're supporting the pro-life CPCs in our area: the AAA CPC, A Woman's Touch in Bellevue, EPS in Omaha, and Gabriel's Corner in Council Bluffs.

It also means we should make sure to honor Tony Fulton who introduced and fought hard for that legislation when he was a Nebraska State Senator. (Tony is now running for State Treasurer, a position whose importance is certainly emphasized by this post from yesterday's Vital Signs Blog).

We should also honor all those who voted for the ultrasound bill AND those who voted against it or ducked away from the controversy by not voting at all. Here's that breakdown:

Present but not bothering to cast a vote: Avery, Cook, Louden

Absent from the chamber: Dubas, McCoy
Posted by DH at 11:38 AM