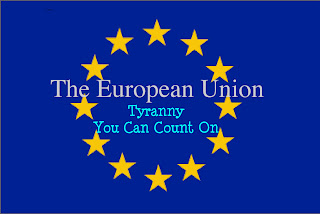 Following a complaint from the National Secular Society to the European Union, the once-sovereign nation of Great Britain is being forced to drop exemptions that churches and religious organizations can refuse to employ homosexuals. EU directives prohibiting discrimination on the grounds of a person's sexual orientation will now be used against religious groups.

In anticipation of a possible backlash from the commission, the government has already inserted new clauses into its equality bill. But even if the bill is jettisoned, future governments will be bound by the commission's ruling. Under the new proposals being drafted by the government, religious organisations will be able to refuse to employ homosexuals only if their job involves actively promoting or practising a religion. A blanket refusal to employ any homosexuals would no longer be possible.

"This ruling is a significant victory for gay equality and a serious setback for religious employers who have been granted exemptions from anti-discrimination law," said human rights campaigner Peter Tatchell. "It is a big embarrassment for the British government, which has consistently sought to appease religious homophobes by granting them opt-outs from key equality laws. The European commission has ruled these opt-outs are excessive."

...Keith Porteous-Wood, executive director of the National Secular Society. "Now the government must demonstrate its commitment to equality, rather than continuing to jump to the church's tune."

...But religious groups expressed alarm at the move. The Christian charity, Care, said: "If evangelical churches cannot be sure that they can employ practising evangelicals with respect to sexual ethics, how will they be able to continue?"
Posted by DH at 12:35 PM