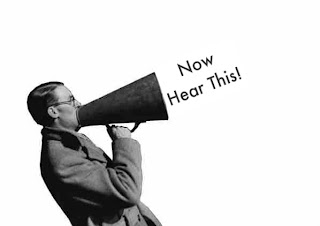 * J.C. Arenas -- "Today, Politico ran a story that discloses that Obama has already played golf as many times in nine months as Bush did in almost three years, but golf isn't his only game of choice. Various media sources have recently covered the president's basketball games at the White House. We already knew that Obama was a sports fan, but the Baller-in-Chief seems to be more concerned with victory on the greens and hardwood than on the battlefield.

We've read about the president and first lady's weekend in Chicago - taken while an urgent stimulus package sat on his desk unsigned. We've also looked from the outside in at their nights out in Paris, New York City and failed trip to Copenhagen. But have we read anything about a successful stimulus, recovery in the job market, the passing of any key legislation, or a decision about the war in Afghanistan? Have we been entertained with any stories about how the president's apologizing to the world for our "sins" has helped advance American interests? Anything about how the president's call for nuclear disarmament has changed the minds of rogue nations?

No, you won't find any of those stories on the front page. Instead we get fundraising, golf, and basketball. Who would complain if we were talking about Brad Pitt or Justin Timberlake in between movies or albums? No one, why? Because neither is the President of the United States. Barack Obama is. Obama is not some celebrity performing artist who can fly around the world in between projects and sip chi-chi's on the beach while he collects royalty checks. Obama is the leader of a nation that is currently engaged in two wars and handicapped by a faltering economy, increasing unemployment, a weakening dollar, and unsustainable debt. Has Obama presented any viable solutions to change the course of any of those problems? No, so you'll have to excuse me for not celebrating another "Yes We Can!" chant at a $30,000/plate fundraiser, his declining handicap, or his improving jump shot." ("A President of Leisure," American Thinker, October 26)

* James Taranto -- "Hang on a second. It has now been 51 weeks since Obama was elected president, and more than nine months since he took office, and he's just now getting around to asking the [Afghanistan] 'questions . . . that have never been asked'?

But that's not really fair to Obama. After all, he has a busy schedule, what with golf games and pitching the International Olympic Committee and date nights and Democratic fund-raisers and health care and the U.N. Security Council and Sunday morning talk shows and saving the planet from global warming and celebrating the dog's birthday and defending himself against Fox News and all." ("While the President Golfs," Wall Street Journal, October 27)

* Senator Tom Coburn -- "If the first lesson is to get serious about the deficit, the second lesson for the White House is to go back to first principles and conduct this effort with more maturity and less partisanship.

When Barack Obama launched his campaign in 2007 he said, "... it's not the magnitude of our problems that concerns me the most. It's the smallness of our politics ... We have to change our politics, and come together around our common interests and concerns as Americans."

Why then, on the eve of the most important domestic policy debate in a generation, are the President's advisers talking about Glenn Beck, Rush Limbaugh and Fox News? Is this really a common interest and concern among Americans? Would the average voter consider this form of politics to be big or small?" ("Lessons for the White House from the Doctor," Real Clear Politics, October 27)

* George Joyce -- "I recently learned that the Obamas had graced their dog ‘Bo’ with a dog house shaped birthday cake made out of veal – that’s right, veal – the most expensive item on many a restaurant menu.

Winter is approaching and many American families find themselves struggling with severe job loss and a rather bleak vision of the normally festive holiday season. But over at the White House nothing is too good for the nation’s pampered first pet. Says Michelle: 'We had a really sweet celebration – [Bo] got a doghouse cake made out of veal stuff and he had his brother Cappy come over and we had party hats.'

Veal stuff? Veal calves are usually brought straight from the auction arena by veal producers and placed immediately into a 2 by 5 foot stall. The calf lives so confined for the next 3 or 4 months unable to move and eats nothing but an iron poor liquid diet designed to prevent its tender meat from becoming too dark. The anemic calf is then taken away and slaughtered.

Veal gourmets might dispute Kant’s conclusion above but consider the following: if George and Laura Bush had been party to an effort to construct a dog house birthday cake made out of veal wouldn’t the left (and PETA) be screaming about cruelty and insensitivity at the White House, especially during these difficult economic times?" ("Let Them Eat Veal," American Thinker, October 27)
Posted by DH at 10:40 AM