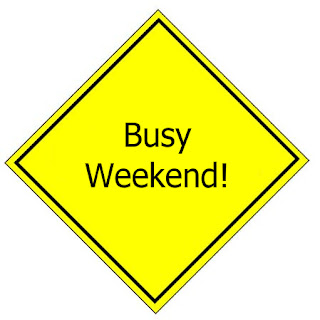 Friday morning: Claire and I drove down to Lincoln to picket the Regent meeting to protest the University of Nebraska's unconscionable push to expand embryo-destructive experiments. We were there for a couple of hours joining several pro-life champions who we have worked with for years including Julie Schmit-Albin, Mary Jane Ziola, Ann Bowen, Carolyn LaGreca, Pam McCabe and more. Including the school kids who came in from a Catholic high school outside Lincoln, we had about 45-50 pro-lifers present. (One press report said seven!) I gave interviews to the World-Herald, the Lincoln Journal-Star, the UNL student daily, and two TV stations. It was a strong and effective protest but the Regents and the NU President seem determined to head ever further into the culture of death by pursuing immoral, expensive and counter-productive experimentation. There are none so blind as those who will not see.

Friday, early afternoon: Lunch in Lincoln at one of the Da Vinci restaurants. These were started and are still owned by the Knutson family of Lincoln, an outstanding Christian family who not only run great restaurants but who selflessly serve the community in many ways. (I had their chicken version of a Philly Cheese steak sandwich -- superb!)

Friday afternoon: We hustled home, set up a card table and folding chairs in the living room (we're still undergoing renovations and so we don't have the furniture set out yet), and started in on the Vital Signs Ministries LifeSharer mailing. We hoped to get a big chunk of it in the mail by 5:30 when our local post office closed. But we got it all done!

Friday night: We attended the Step Up to Life banquet as guests of Ralph and Linda Aldrich.

Saturday afternoon: First, some shopping for my Mom. Second, sharing apple turnovers in her room while we talked, read through a couple of oversized books I had brought about Denver and Great Britain, and watched the wind blow the leaves around outside her window. We also caught the last quarter or so of the Nebraska/Iowa State game.

Saturday night: Claire and I attended the Omaha Symphony's performance at the Holland Center. It was an unusual event in which they played an original score by Rick Friend (who was present and playing the organ and piano) to accompany a large screen presentation of Universal's 1925 silent film, "The Phantom of the Opera." It was an impressive and entertaining presentation by Friend. But the orchestra spent most of the time twiddling their thumbs. Our disappointment seemed to be felt by others too because the audience's appreciation was noticeably less enthusiastic than at most performances. If you're going to do these kinds of things with an orchestra, by all means, let the orchestra star.

Sunday morning: I took a "one-Sunday sabbatical" from my regular preaching at Faith Bible Church and preached at First Christian Church up in Blair, Nebraska. The text was a section of Luke Chapter One (verses 26-45). We received a very warm reception from the leadership and congregation alike.

Sunday afternoon: Lunch at Fernando's with Dan, Ann and Stephanie Hovanec and Pastor Daniel Sauer, his wife Kayli and their 3 kids. A delicious lunch and some very stimulating conversation.

Sunday evening: Watching Derek Jeter, Jorge Posada, Andy Pettitte, Mariano Rivera and the rest of the New York Yankees win the American League pennant. Claire and I were both Yankee fans in our youth and we still are. So watching the game was fun. Then to bed early (well, 12:25 is fairly early for us!) because we had to get up at 6 to get ready for sidewalk counseling down in Bellevue. It was a full, diverse and very meaningful weekend. And, as always, spending it with Claire is terrific.
Posted by DH at 1:23 PM