"Christian leaders" (16 of them) were recently asked by Urban Faith and Sojurners magazine to comment on the health care issues now facing the American people. Among the responses were several Obamacare affirmations, a few "Can't we talk nice to each other" things and, thankfully, a few genuinely thoughtful analyses by such people as Rev. Arnold M. Culbreath, Alveda King, Chandra White-Cummings, Gina Dalfonzo and Bishop Harry R. Jackson Jr. (senior pastor of Hope Christian Church, founder of the High Impact Leadership Coalition and coauthor with Tony Perkins of Personal Faith, Public Policy), 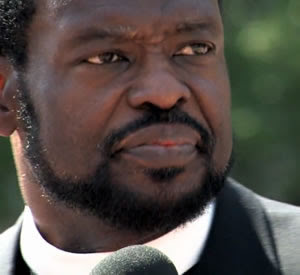 I print below Jackson's response but the others can be read right here.

Church leaders have been asked by the president to call universal health care a "moral imperative." Projecting universal health care as the "only" moral imperative is as sensible as calling a person born in the U.S. a native Australian because he visited Sydney once. It is certain that every judicious person in the nation wants medical care for the least, the last, and the left out -- the goal is admirable, yet sometimes evil is done by those with good motives who lack long-term vision.

The crux of the health-care question is not whether we want to help everyone; the question is how do we deliver the help. Personally, I do not want a socialistic system fraught with inefficiencies. Others are wary of crippling a system that is currently saving millions of lives every day. This argument is not theoretical -- delay or denial of essential services will spell death for thousands. Aren't the lives of every American important? "First do no Harm!" are the familiar words to the Hippocratic Oath.

Where does that leave us? Unfortunately, the plan as it is being fashioned is patently evil. It has several major blemishes. These blemishes are threefold -- the moral impact of denied service, funding of abortion, and making employers (including churches) pay for a system that administrates death.

Despite the president's declarations, his henchmen have refused to add amendments to the bill that would specifically rule out state paid abortion. The Capps amendment, which passed the House Energy and Commerce committee, clearly states that abortion can be "covered" under the public option and must be covered under at least one private plan in each region that is in the Exchange. While it's a precise point, the other side keeps pointing to the Capps amendment and saying, "Look, it says no 'funds' can go for abortions".... but it violates the Hyde Amendment by providing government subsidies for health plans that "cover abortion" whether the tax dollars actually pay for it or the private premiums pay for the abortion.

Experts tell me that the Capps Amendment has an accounting gimmick that makes it look like only private funds would pay for the abortion, but it clearly says that the government public plan and private plans may, and some must, "cover abortion."

Most people believe that health-care reform is an important moral issue. However, big government alone cannot reform health care. In fact, it is not the proper mechanism for such a reform.

The community, including the church, has to play a role in health-care reform. Historically, churches and other faith-based charitable organizations have taken an active role in the development of hospitals and organizations that supply care for the sick.

In 2005, when Hurricane Katrina dramatically altered the lives of many people, and blacks in particular, it was the church and other non-governmental organizations such as the Red Cross, the Southern Baptist Convention, Habitat for Humanity, Salvation Army, and Catholic Charities, to name a few, who were very instrumental in the efforts to respond to this emergency.

Health-care reform is an emergency, no question; however, government intervention alone cannot adequately address it. The American community -- and the faith community, in particular -- must play an active role in the reform efforts.
Posted by DH at 8:23 AM