ObamaCare: Would the Last Doctor Out Please Turn Off the Lights? 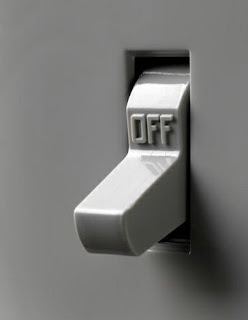 Our doctor isn't at retirement age yet but he cut back on his hours a few years ago because he was tired of working with paper rather than patients. And he isn't the only doctor we know who did the same thing...or actually retired years before they normally would have.

The intrusion of government into health care is already that bad.

Now comes ObamaCare with the inevitability of declining medical care because (among other things) of doctors simply fleeing the profession.

Hardly. See this chart and read this story in Investor's Business Daily.

Two of every three practicing physicians oppose the medical overhaul plan under consideration in Washington, and hundreds of thousands would think about shutting down their practices or retiring early if it were adopted, a new Investor's Business Daily/TIPP Poll has found.

The poll contradicts the claims of not only the White House, but also doctors' own lobby — the powerful American Medical Association — both of which suggest the medical profession is behind the proposed overhaul...

It also differs with findings of a poll released Monday by National Public Radio that suggests a "majority of physicians want public and private insurance options," and clashes with media reports such as Tuesday's front-page story in the Los Angeles Times with the headline "Doctors Go For Obama's Reform."

Nowhere in the Times story does it say doctors as a whole back the overhaul. It says only that the AMA — the "association representing the nation's physicians" and what "many still regard as the country's premier lobbying force" — is "lobbying and advertising to win public support for President Obama's sweeping plan."

The AMA, in fact, represents approximately 18% of physicians and has been hit with a number of defections by members opposed to the AMA's support of Democrats' proposed health care overhaul...
Posted by DH at 9:33 AM