Obama at the U.N. 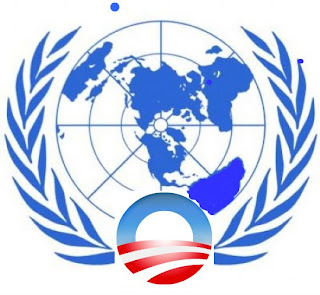 The Heritage Foundation assembled a few of their international affairs experts to assess President Barack Obama's speech yesterday before the General Assembly of the United Nations. Here are three of those responses:

On Reaction at U.N.:

“The other U.N. member states have to be beside themselves with glee. President Obama gave them virtually everything they could ask for without demanding anything in return that was not already on the agenda – and which they are prepared to twist to their advantage. He did not even ask them to support more accountability, transparency, or efficiency in the U.N. , which will be leading action on the very complex and expensive tasks that he is proposing.

The Obama administration probably thinks that its actions and this speech have purchased them the goodwill of U.N. member states, which will translate into support for U.S. policies. They are setting themselves up for disappointment. The political nature of the U.N. is combative and tough. Most member states consider these concessions their due. They will pocket them and stand firm to defend their interests. Cooperation will be on their terms, on issues they wish to pursue. The naïveté of the speech was staggering.”

(Brett D. Schaefer, Jay Kingham Fellow in International Regulatory Affairs, Heritage’s Margaret Thatcher Center for Freedom, and author of ConUNdrum: The Limits of the United Nations and the Search for Alternatives)

Compared to Other Obama Speeches:

“Was this Obama’s most naïve speech ever? It is a very strong candidate, but I think there is intense competition for that accolade. The president’s speeches in Cairo, Strasbourg and Prague would all vie for that title. Still, his address today will go down in history as one of the weakest major addresses by a U.S. president on foreign policy in a generation, by a leader who seems embarrassed, even ashamed, by the power and greatness of his own country.”

“Obama’s statements on Afghanistan at the U.N. today — which failed to mention the need to defeat the Taliban insurgency — will likely be interpreted by our allies as a sign that he is beginning to waver in his commitment to finishing the job of stabilizing and securing Afghanistan and preventing its return to being a safe haven for international terrorists. This is highly unfortunate. Without American leadership on Afghanistan, the entire civilized world will remain hostage to international terrorists, backed by the Taliban leadership, intent on attacking innocents at the times and places of their own choosing.”