Does You Tube Fiddle with the Numbers? 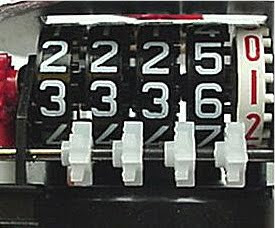 An interesting item about that video clip showing students at the B. Bernice King Elementary School being taught to sing the praises of Barack Hussein Obama. It was all over the web yesterday, one of those cyber-phenomena that takes place nowadays in which the whole nation can tune into a news event -- even when the mainstream news has completely ignored it.

By early afternoon the original clip had thousands of comments attached to it.

But the official You Tube "Views" counter showed a mere 363. How is this possible? And, more important, why?

Selwyn Duke blows the whistle in this post at Intellectual Conservative.

Because the exposure a video receives is based on its number of views. And YouTube – owned by leftist leviathan Google – wants to suppress negative information about Barack Obama and the Left in general.

In other words, if a video receives tremendous traffic, it appears on YouTube's "Popular" videos page or its "Most Viewed" page. This means it will get infinitely more exposure – it will be seen not just by the people who have driven it onto the front page but also those who wouldn't normally know about it. But YouTube likely doesn't want you to know about the Obama worship video. So, perhaps, like a sleazy car dealer dialing down an odometer, they dial down the hit counter to a point where the video languishes in the recesses of the site...

If you find it hard to believe that YouTube would be so blatant and sloppy about its censorship, understand that it's practicing it by rote at this point. It's nothing new.

In fact, my aforementioned friend reports to me that YouTube had been doing this all throughout the 2008 campaign, suppressing pro-John McCain and anti-Obama videos while showcasing pro-Obama and anti-McCain works...

As for the Obama worship video, know that if this expose gets traction, YouTube will do damage control and allow the video's stats to reflect the truth.