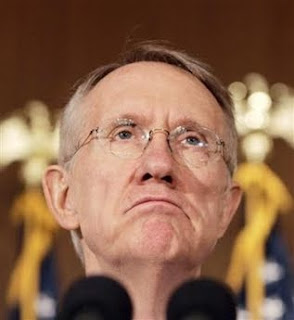 Here's a few choice excerpts from an editorial at the Las Vegas Review Journal, a plucky newspaper that I've brought to your attention before. It concerns not only the blighted history of ACORN but the cussed crookedness of Democrat politicians who have (and continue even now!) to protect the organization.

ACORN -- the Association of Community Organizations for Reform Now -- is stinking up Washington...

It didn't start with those undercover videos made by a couple of independent filmmakers posing as a prostitute and her pimp, visiting various ACORN offices around the country and getting helpful advice on how to hide their income and "qualify" for a tax-subsidized mortgage to set up a house of ill repute, declaring three of their dozen (albeit imaginary) underage illegal immigrant prostitutes as "dependents."

That was just a final shoe dropping loudly enough that the problem could no longer be ignored.

Here in Clark County, Registrar of Voters Larry Lomax said last year he saw "rampant fraud in the 2,000 to 3,000 registrations ACORN turns in every week," with some 48 percent of those forms being "clearly fraudulent."

The Las Vegas headquarters of ACORN, "a Democrat-allied organization," was raided after being "accused of submitting multiple voter registrations with duplicate and false names," the Washington Times reported last fall. The outfit claimed it had registered to vote in Nevada, among others, the starting lineup of the Dallas Cowboys.

The raid "set off a skirmish over efforts to expand the electorate on behalf of Sen. Barack Obama," the Times reported.

Mr. Lomax noted ACORN had hired 59 inmates from a work-release program at a nearby prison and that some inmates who had been convicted of identity theft had been made supervisors. "That led some local wags to joke that at least ACORN was hiring specialists to do their work," reported John Fund at The Politico, last November...

Fox News' Eric Shawn reported there were at least 11 investigations across the country involving thousands of potentially fraudulent ACORN forms. Yet none of this was sufficient to block President Obama and his congressional minions from upping federal subsidies to outfits such as Mr. Obama's former associates at ACORN from the mere millions to the billions of dollars in their "economic stimulus" bill last winter.

Only when presented with the undeniable evidence of the "pimp and ho" videotape did the IRS last week announce it would terminate ACORN's participation in the agency's Volunteer Income Tax Assistance program -- shortly after the Census Bureau advised ACORN it could forget about helping with its decennial head count.

Despite all this evidence and a request in writing by 28 GOP senators -- and despite the fact the U.S. Senate voted 83-7 on Sept. 14 to block ACORN from bidding for any more federal grant money -- "Senate Democrat Leader Harry Reid, D-Nev., is refusing to hold a Senate hearing on ACORN's activities," the National Republican Senatorial Committee complained Wednesday.

"It's become increasingly clear that ACORN may have manipulated tens of thousands of ballots in last year's federal election -- an area where Congress has clear oversight responsibilities -- yet Harry Reid won't lift a finger," said NRSC spokesman Brian Walsh. "It's hard to see his latest roadblock as anything but another example of Harry Reid protecting his liberal allies in Washington while remaining out of touch with his constituents in Nevada."
Posted by DH at 9:12 AM