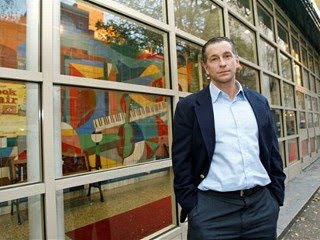 Other issues may have taken a backseat to health care this summer, but now that the kids are back in school, parents have another subject on the brain--education. Earlier this month, President Obama turned more than a few heads with his back-to-school telecast, and parents are right to be concerned about what the administration will do for an encore. Most, including FRC, are hoping that the President's future plans won't include Safe Schools "czar" Kevin Jennings.

More than three months ago, we exposed the truth about Jennings, a long-time proponent of a radical, pro-homosexual agenda in schools. At the time, our concerns were met with little more than a yawn from the mainstream media. But today, as more Americans rage on about the shocking comments of "green jobs" czar Van Jones (who was forced to resign), the spotlight is back on the President's special-subject appointees. And in Jennings's case, it's better late than never. Fortunately, more press outlets like FoxNews.com and Lou Dobbs are picking up the drumbeat, and the Washington Times ran an editorial today demanding answers about Jennings's appointment.

Of course, one of the most shocking pieces of news about Jennings is a story he's told himself (in different ways at different times) about a young student who came to him and confessed that he was having sex with older men in a bus station restroom. Instead of reporting the high-risk behavior to the boy's parents, school administrators, or the police, Jennings's only response was, "I hope you knew to use a condom." If the President hand-picked Jennings to serve in educational leadership, the public has a right to know whether he violated reporting laws and covered up child sexual abuse. At the very least, he should know that making schools safe doesn't mean making them safe for homosexual predators.

And here's an ABC report from last year that will explain a bit of Jenning's background and educational philosophy.
Posted by DH at 9:09 AM