The Suicide of the West: Examples from Today's Headlines 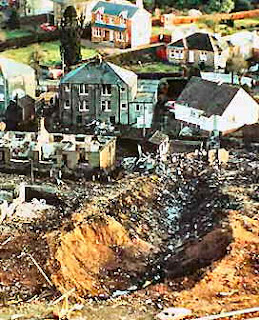 * Libyan spy and mass murderer, Ali Mohmed Al Megrahi, the only person convicted in the Lockerbie bombing which killed 270, was released by Scotland for humanitarian reasons. And then the Scottish and British governments act shocked when Megrahi is given a hero's welcome back in Tripoli with over a thousand people praising him at the airport.

* Lawyers from the American Civil Liberties Union and the National Association of Criminal Defense Lawyers are said to have shown photos of CIA personnel, including covert officers, to the jihad terrorists incarcerated at Guantanamo Bay. (Get a good look, guys, you may want to take care of these agents of the Great Satan when you get out!)

* The creation of jobs as promised in Team Obama's stimulus package? Up in Nashua, New Hampshire, they're touting 796 jobs that came from the federal faucet. Well, okay; they weren't created really...but, hey, saving jobs is pretty much the same, right? Oh yes; one other thing -- 700 of the 796 jobs saved were those of state government employees!

* Maggie Gallagher lists 5 things which will follow the fad of same-sex "marriage:" 1) In gay-marriage states, a large minority people committed to traditional notions of marriage will feel afraid to speak up for their views, lest they be punished in some way. 2) Public schools will teach about gay marriage. 3) Parents in public schools who object to gay marriage being taught to their children will be told with increasing public firmness that they don't belong in public schools and their views will not be accommodated in any way. 4) Religous institutions will face new legal threats (especially soft litigation threats) that will cause some to close, or modify their missions, to avoid clashing with the government's official views of marriage (which will include the view that opponents are akin to racists for failing to see same-sex couples as married). 5) Support for the idea "the ideal for a child is a married mother and father" will decline.

* Opening an excellent essay from his own web site, Michael Fumento writes, "Medical-research insiders know that embryonic-stem-cell technology is proving a dead end – Dr. Bernadine Healy, a former director of the National Institutes of Health and once an ES-cell-research enthusiast, calls it "obsolete." But the Obama administration has opened wide the federal funding floodgates – the triumph of a big special-interest PR and lobbying campaign. In fact, the research will line the pockets of a relatively few individuals – at considerable cost for the rest of us, since the funding means billions that won't go to more promising areas."

* CNN's American Morning brought in "a medical expert" to explain health-care rationing to the audience -- Princeton's radical proponent of abortion, infanticide and euthanasia, Peter Singer. And you're right. CNN didn't bother to mention Singer's loony ideas (such as denying personhood to handicapped newborns) and how germane they were to the issue under discussion.
Posted by DH at 9:17 AM