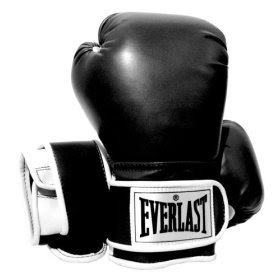 * The report is that there were no apologies made in the Let's Have a Beer in the Rose Garden Party. That means that Sergeant James Crowley successfully resisted what certainly has been tremendous pressure for him to cave in to political correctness. Good for him. But it also means that Professor Gates and President Obama who did have plenty to apologize for remained stubborn and arrogant. They didn't learn a thing.

* Barack Obama is on the cover of Time for the 12th time in as many months.

* "As currently written, both the House and Senate bills pave the way for taxpayer-funded abortions and insurance mandates on abortion. Yet, Catholic Charities USA, the Society of St. Vincent de Paul and the Catholic Health Association have banded together to promote the legislation."

* Speaking of his morning intelligence briefings in which the ever-increasing threats of "home grown" terrorist attacks on U.S. citizens are emphasized, Attorney General Eric Holder says, "In some ways it's the most sobering part of the day." (Makes you wonder what else his day entails, huh?)

Here's an interesting headline from the Sunday Times (U.K.): "Dying with Dignitas is Starting to Look Grubby." Apparantly euthanasia doesn't look so tender and sweet when you get up close and personal with it. The article includes this observation from a woman who once worked at the Swiss suicide clinic: "There is nothing dignified or uplifting about it. The word 'clinic' is an exalted epithet for just one person who has found a way to make a lot of money out of death and the fear of it."

From the "They Just Aren't Stimulated Enough Department" comes this tidbit -- A "disparate collection" of Congressmen and lobbyists is pushing hard to get just a little bit extra added on to that $787 billion "stimulus" from February. At least $88 billion extra.

* It turns out that Associate Attorney General Thomas J. Perrelli (No. 3 dude in Team Obama's Justice Department) was the guy who pulled the plug on the investigation of voter intimidation involving Black Panthers. So where was Holder...or Obama? And why haven't they stepped in to right this obvious wrong?
Posted by DH at 9:57 AM