The Blue Dog Dems Need to Listen to Their Constituencies 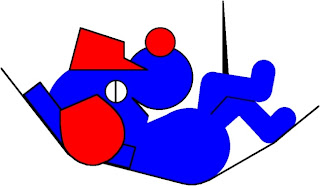 Even Obama's favorite news channel is telling him the country is opposed to his hair-raising schemes on health care.

Despite his public-relations blitz over the past two weeks to promote his plans to reform the nation's health-care system — including holding two town halls on Wednesday — President Barack Obama has lost ground on this issue with the American public, according to the latest NBC News/Wall Street Journal poll.

Pluralities now say that the president’s health care plan is a bad idea, and that it will result in the quality of their care getting worse. What’s more, just four in 10 approve of his handling on the issue.

The poll also finds that Obama's overall job-approval rating has dropped to 53 percent. And it shows a public that has grown increasingly concerned about the federal government's spending as the administration defends its $787 billion economic stimulus and supports a $1 trillion-plus health-care bill...

“This is a president who needs a vacation,” says Democratic pollster Peter D. Hart, who conducted the survey with Republican pollster Bill McInturff. “His job rating is … certainly an acceptable mark. But if you look at it over time, it has [gone] south without a doubt.”

Other polls have the President and his health care plan (the over-reaching, gargantuan one he isn't well versed in himself) doing even worse with the public.

So why are those Blue Dog Democrats rolling over and giving the Prez his bone?
Posted by DH at 8:10 AM