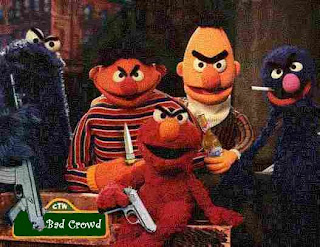 Despite the occasional bone that PBS throws to the values of my generation (Lawrence Welk, concerts with former pop music stars), the government-funded network is heartily, continually determined to promote the liberal agenda. Whether its politics, ethics, science, business, it doesn't matter -- PBS veers left on all issues and refuses to give other views a fair hearing.

If you can take it, here's a case in point. Brent Bozell reviews a recent Bill Moyers/PBS puff piece on late-term abortionists Warren Hern and Leroy Carhart, a program in which the most insidious lies and incendiary accusations of these murderers were trumpeted but, you guessed it, with no appropriate opportunity for pro-life advocates to respond.

Sure, PBS (and it's ultra-liberal, drunk-driving chaplain, Bill Moyers) are infamous for displaying the most outrageous bias. But this program was remarkable even for them.
Posted by DH at 8:10 AM