Worshiping the Creation Instead of the Creator: Scientism Leaps Over the Edge 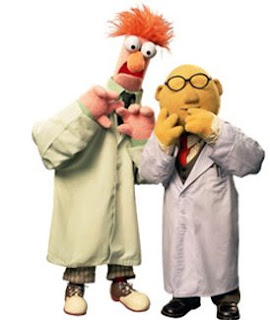 Gimme That Spacetime Religion is Regis Nicoll's striking review of modern Scientism over in Salvo Magazine. Check it out.

...The late Carl Sagan insisted that modern science could engender the same awe and wonder as religious faith. He went on to predict the popular acceptance of science-based religion. Years earlier, Sir Julian Huxley similarly envisioned a day when science would be the foundation for any viable religion.

Today, judging by the number of television specials and news articles on string theory, climate change, black holes, and the latest fossil finds, it is clear that both the media and the public are enraptured with the Delphic postulations of scientists. Even the oracles themselves have fallen under the spell of their own imaginings.

For instance, remarking on a recent theory that neutrinos—wraith-like, subatomic particles—were the first products of the Big Bang, one scientist fancied, “We’re descended from neutrinos! They’re our parents.” Another researcher rhapsodized, “Neutrinos may tell us why we exist.”

But no one expresses the religious dimension of science more fervently than Carolyn Porco, research scientist for the Cassini project. Dr. Porco acknowledges that religion is an inextricable part of human culture—a part that science can equally, if not better, fulfill: "From energy to matter, from fundamental particles to DNA, from microbes to Homo sapiens, from the singularity of the Big Bang to the immensity of the universe . . . ours is the greatest story ever told."

I don’t know about the greatest story ever told, but her venerated materialism is certainly the tallest tale ever spun. Dr. Porco continues: “We find gods in the nucleus of every atom, in the structure of space/time, in the counter-intuitive mechanisms of electromagnetism. What richness! What consummate beauty!” Whatever.

Welcome to scientism, a belief system founded on the conviction that everything from neutrinos to supernovae to conscious beings who marvel at such things are reducible to material processes explicable through science. It is a conviction based on neither observed fact nor experimental evidence, but rather on dogmatic faith in naturalistic science. In scientism, nature is God, science is revelation, and scientists are the new exegetes...

Dr. Porco envisions a “Church of Latter Day Scientists” with a full complement of ceremonies, rituals, missionaries, and apostles. She dreams of particle accelerators and observatories as sacred sites, with museums, planetaria, and lecture halls serving as worship centers, while evangelists spread the “word” by praising the genius of Darwin. Her religion would even include church services: "Imagine congregations raising their voices in tribute to gravity, the force that binds us all to the Earth, and the Earth to the Sun, and the Sun to the Milky Way. . . . Can’t you just hear the hymns sung to the antiquity of the universe? . . .'Hallelujah!' they will sing. 'May the force be with you!'"...
Posted by DH at 9:25 AM