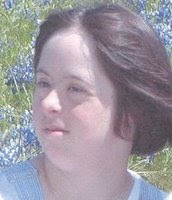 One month ago, if you had asked the average American who abortionist George Tiller was, he or she would not know. Today, everyone knows that George Tiller was a late-term abortion doctor, a brave and silent unsung hero and a saver of women's lives who bravely operated his business out of his clinic in Wichita, Kansas. So said the liberal press.

One month ago, if you had asked the average American who Christin Gilbert was, that individual would say they don't know. Today, he or she would still not know.

The reason for this discrepancy has to do with the importance the mainstream media assigns to truth when reporting a story. When the subject matter provides legitimacy to a law they like – no matter how barbaric or dangerous the results of that law may be – the news is plastered on the front page of every newspaper and on every blog and website. What's more, the news will be doctored (pun intended) to bring credibility to their side of the issue, and make the opposing viewpoint – no matter how sane and logical – appear dangerous...

Christin Gilbert was a pregnant 19-year-old woman with Down's Syndrome, and one of at least two women aborted and killed by George Tiller. Christin had been sexually assaulted, and brought to Women's Health Care Services when she was 28 weeks pregnant. She died following a botched third trimester abortion procedure, in which two injections of digoxin were administered to the unborn baby's heart. Christin was supposed to deliver the dead baby in a hotel room, but she developed complications that resulted in sepsis, cardiac arrest and systemic organ failure. She was transported to a local hospital emergency room where she died on January 13, 2005. As of this writing, there are over 21 million search results on Google for "George Tiller" and only 3,520 for Christin Gilbert.

There were at least nine ambulance runs from Tiller's clinic in recent years, with Tiller's victims taken to the local hospital because they were seriously injured at his clinic. Six of those runs took place on the following dates: October 12, 2002, January 23, 2004, June 4, 2004, September 2, 2004, February 17, 2005 and May 11, 2005. To the keen observer, it is evident that four of these botched abortions occurred prior to the death of Christin Gilbert. On March 12, 2009 a young girl was transported from George Tiller's mill to the local hospital emergency room, hemorrhaging so badly the clinic staff could not stop the bleeding. This begs the following question: Why was George Tiller still performing abortions after all these documented injuries and deaths at his clinic?

The answer has to do with "ProKanDo," the political action committee (PAC) founded by Tiller and supported by numerous lobbyists. From this PAC, tens of thousands of dollars in campaign contributions were donated to the election campaigns of former Kansas Governor Kathleen Sibelius. Twice, she vetoed legislation that would have placed minimal regulations on abortion clinics in Kansas – and would have made abortions safer for women. ProKanDo also sent over $210,000 in contributions to the 2002 race to elect Tiller's choice for Attorney General, pro-abortion Paul Morrison, who ended up winning the race. Eventually, George Tiller was indicted on 30 counts of illegal late-term abortions. Phil Kline, the former pro-life attorney general, had appointed a special prosecutor to investigate the case but he was promptly fired by Morrison when he took office as Attorney General. That's why Tiller was never convicted...

Actually, the abortionist in this terribly tragic case appears to Leroy Carhart who was working for Tiller at the time. Here's a very detailed look at the situation from the Operation Rescue archives.