The Weirdness of Modern Culture

Irrationality reigns in what was once the noble, spiritual and enlightened Western Civilization.

Case in Point 1) Planned Parenthood and their partners (i.e. MTV, the Kaiser Family Foundation, a gang of pop culture celebrities), as a part of their recent (and very extensive) "Get Yourself Tested" campaign claimed, " The only way to “know for sure” if you or anyone else has an STD is to get tested."

Hmm. Can no one in the room think of another way to be absolutely positive that they're not carrying gonorrhea or chlamydia or genital warts or AIDS? Like...gee, I know it's a stretch but...what about not having sex until you marry?

Case in Point 2) St. Jude Children's Hospital was founded by entertainer Danny Thomas on the premise that "No child should die in the dawn of life." That slogan was prominently featured in television ads during the PGA's St. Jude Classic a couple of weeks ago. I wonder how many viewers nodded in sympathy with that most worthy ideal but who wouldn't think of connecting it to abortion, let alone to have it serve as a rallying point against that barbaric practice which unjustly, unnecessarily and most inhumanely kills more children "in the dawn of life" than all diseases combined. 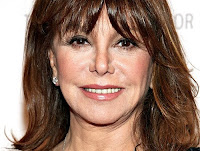 Of course, among those who refuse to make the connection are Danny Thomas' own daughter, actress Marlo Thomas who was also featured in those same TV spots. Thomas, a lapsed Catholic (who is married to another lapsed Catholic, Phil Donahue) has been a vocal supporter of abortion, once proudly declaring at a pro-abortion rally, ''To those pontificators who relegated our movement to the ash-heap of post-feminism, I say, eat your heart out. The feminist generation that supports a woman's right to choose an abortion has reproduced!'' (That isn't exactly true of Thomas, however, for she herself has not "reproduced." She was accompanied at that rally by one of her step-daughters.)

Case in point 3) From the Register (U.K.) comes Lester Haines' take on the shocking scandal that Disney films are promoting...gulp..."heteronormativity." (You can't make this stuff up, guys.) 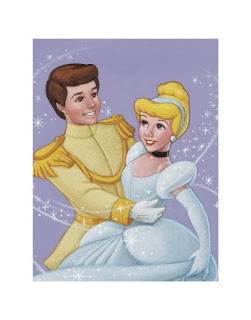 Parents who'd rather hoped that sticking their brats in front of a Disney film would result in nothing more serious than whining demands for associated merchandising will be horrified to learn that such movies are punting strictly heterosexual values to impressionable minds.

That's according to Emily Kazyak and Karin Martin, who probed top-grossing G-rated films and discovered that, contrary to "the notion that such movies are without sexual content", they actually "send a memorable message to impressionable young viewers that heterosexual love is not only the norm, but that it is also exceptional, powerful, transformative and magical".

To arrive at this shock conclusion, Kazyak and Martin "analyzed all G-rated movies released, or rereleased, between 1990 and 2005 that grossed more than $100m in the United States".

Then, mercifully offering a much-needed IT angle, "the text describing this material was inductively coded using a qualitative software program".

The researchers explain in the journal Gender & Society: "Characters in love are surrounded by music, flowers, candles, magic, fire, balloons, fancy dresses, dim lights, dancing and elaborate dinners. Fireflies, butterflies, sunsets, wind and the beauty and power of nature often provide the setting for - and a link to the naturalness of - hetero-romantic love."

And if that's not enough, heterosexuality is "construed through depictions of overtly feminized women and masculine males, with the male characters spending much of their time longingly gazing at the former".

The message is further rammed home when "toys and other products tied to the films later reinforce the images".

The upshot of all this is that kids' entertainment is doing little to promote gay awareness and "continues to perpetuate a less inclusive message". The researchers conclude: "Both ordinary and exceptional constructions of heterosexuality work to normalize its status because it becomes difficult to imagine anything other than this form of social relationship or anyone outside of these bonds."
Posted by DH at 11:54 AM