"As Fathers, We Need to Be Involved in our Children's Lives, Not Just When it's Convenient or Easy." (Pro-Abortion Barack Obama on Fatherhood) 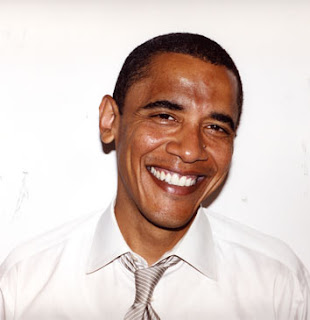 From the National Right to Life site comes these observations from (I think) Dave Andrusko.

A friend was kind enough to forward pro-abortion President Barack Obama's Father's Day Reflections which ran in Parade magazine over the weekend. I had not seen it until late yesterday, and perhaps you haven't either. It's worth reading and thinking about.

The obvious inconsistency [inconsistent, that is, if you are as militantly anti-life as Obama is] is his statement, "That is why we need fathers to step up, to realize that their job does not end at conception; that what makes you a man is not the ability to have a child but the courage to raise one." Tacitly, at least, there is the acknowledgement that a father's job begins at the beginning of his child's life which is at conception.

But what really caught my attention began in the next sentence:

"As fathers, we need to be involved in our children's lives not just when it's convenient or easy, and not just when they're doing well--but when it's difficult and thankless, and they're struggling. That is when they need us most."

Obama has eloquently written of what he went through when abandoned by his own father, the price that he paid. Without the selfless involvement of his maternal grandparents, the young Barack Obama would never have had the advantages that made it possible for him someday to become President.

But the point of his essay in Parade--made over and over--is that fathers matter, and that they matter most of all when times are tough.

At the risk of stating the obvious, there are fewer more difficult times than when the father of the baby (often, but by no means always, not married to the mother) learns she is carrying their baby.

As men we must never let ourself, or any other guy, off with the "society tells us" slogan/excuse. Sure, there are a million ways the message is conveyed that in such a crisis pregnancy situation, the decision is exclusively the woman's. But, deep down, all men know otherwise...

Men can wash their hands of decision-making responsibility--they can abandon the girl/woman-- but not erase their moral and ethical obligations. They can tell themselves that "it's a woman's body," but not quiet the still small voice that tugs at their heart.

I have often thought that, politics aside, Obama really ought to know better. (I know "politics aside" is a non-starter for Obama, but…)

And, in fact, he probably does know better. He simply chose expediency (Democrats nominate only pro-abortionists for President) over principle. [He knows] that we ought to recognize unborn babies' unalienable right to life. In his heart Obama knows he is very lucky not to have been just another abortion statistic...
Posted by DH at 11:32 AM