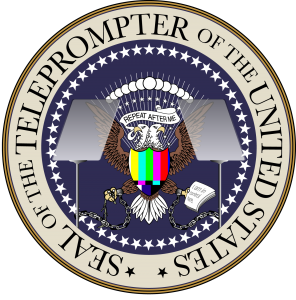 * "The First Hundred Days: FDR He is Not" by Donald Lambro.
...But the vexing problems he came into office to fix not only remain, they have worsened -- and his job-approval polls have been sinking.

Unemployment continues its upward climb and will likely skirt 9 percent next week, and the economy continues to shrink. Mortgage foreclosures are rising, home values are falling, Obama's prescriptions for what ails us will add $9 trillion to the nation's debts, and government accountants say only a relatively small portion of the infrastructure stimulus funds will be spent before this year is over.

Abroad, Al Qaeda in Iraq has begun a new offensive to test Obama's mettle; the Taliban terrorists are resurgent in Afghanistan, threatening that country's tenuous democracy and flexing their muscles in Pakistan where a takeover would put nuclear weapons into their hands. Iran is becoming a threatening nuclear power. North Korea is close to developing medium-range missile capabilities.

Obama went to the economic summit in Europe to ask -- make that beg -- the G-20 industrial powers to pump billions more into their economies and to send combat troops into Afghanistan to fight the Taliban. He came home empty-handed on both counts...

* "One Hundred Days of Spring Time in America" by Janice Shaw Crouse
The media hype and the “slobbering love” adulation (to use Bernard Goldberg’s term) about President Obama’s first 100 days is almost as distorted as the White House press releases that feed the fire of the frenzy over the new President. The leftwing PR campaigns spare no cliché or hyperbole — including the “hottie” swimsuit photo on the cover of the April Washingtonian magazine (with the bathing suit airbrushed red instead of black) and the gushing efforts to turn the First Lady into a fashion icon as well as fawning over her as a “force-multiplier” whose “symbiosis” with her phenomenal husband produces a “flawless concert” (Tina Brown’s description) that is producing “Springtime in America.”

Few of the political commentators are willing to take off the rose-colored glasses about this president. “The Ethicist” columnist for the New York Times Magazine thinks it’s an “unbelievably great thing” to have a President who is “competent and not insane” (or you can choose your preference among the columnist’s previous dismissive and disdainful labels for former President Bush: a liar, corrupt, immoral or dishonorable). The left is bending over backwards to describe Obama’s policies as “moderate” and to promote his “change” as positive. Even the stimulus package/bailout that passed along party lines was portrayed positively — never mind that it exponentially increases the deficit and will create a multi-trillion-dollar inflationary effect.

This President can do no wrong and cannot be questioned, even when he states obvious distortions and blatant falsehoods. Jed Babbin, in his inimitable way, described the media as “a pack of tail-wagging puppies not infrequently wetting the floor in excitement over their guy.”...

Enough, already. After a 100-day honeymoon, it is past time for everyone to take a cleansing breath of fresh air and taste a bit of reality. According to the Gallup Poll, this president is the second least popular president in 40 years. Even Jimmy Carter and Richard Nixon had higher approval ratings at this point in their presidencies.

Underneath all the media “visuals” that make a compelling story, there is the sobering reality that this president is very divisive and extremely partisan. President Obama’s policies are “socialist,” and it is not just the GOP’s “knuckle-dragging base” that think so...

* "His First 100 Days: Obama's Gaffes & Gimmicks." Compiled by Newsmax and presented in a slide show format.
President Barack Obama has delivered on his promise of real change in at least one respect: The volume of gaffes and miscues sputtering forth from his Oval Office is unprecedented. For those who just can’t wait to hear what the president’s teleprompter will say next, here’s a recap of the Obama gaffe machine’s most remarkable – and disturbing – utterances...

* "100 Days of Reckless Photo-Op Hubris" by Michelle Malkin
Come on, who's surprised? The White House-engineered photo-op of low-flying Air Force aircraft that caused terror in New York City this week epitomizes the Age of Obama. What better way to mark 100 days in office than with an appalling exercise in pointless taxpayer-funded stagecraft?

The superficiality, the unseriousness, the hubris, the obliviousness to post-9/11 realities: They were trademarks of the Obama campaign, and they are the tattoos on his governance...

* “All the Hundreds of Days to Follow” by Rory Cooper

* "The Seeds of His Own Destruction: Obama's Hundred Days" by Dick Morris and Eileen McGann
When the Obama administration crashes and burns, with approval ratings that fall through the floor, political scientists can trace its demise to its first hundred days. While Americans are careful not to consign a presidency they desperately need to succeed to the dustbin of history, the fact is that this president has moved -- on issue after issue -- in precisely the opposite direction of what the people want him to do.

Right now, Obama's ratings must be pleasing to his eye. Voters like him and his wife immensely, and approve of his activism in the face of the economic crisis. While polls show big doubts about what he is doing, the overwhelming sense is to let him have his way and pray that it works.

* "100 Days of Obama's Presidency: Serious Questions on National Security Strategies" by Dr. James Jay Carafano
While marking the first hundred days of a new presidency is a tradition that dates back to the presidency of Franklin Roosevelt, the focus of media hype and pundit analysis usually focuses on domestic policies--grading how effectively a new leader can shape Washington's agenda. Matters of foreign policy and national security, on the other hand, do not lend themselves readily to a 100-day agenda.

President Obama, however, has presumptively reversed many long-standing national security policies since taking over the White House. The speed and lack of transparent analysis and robust debate on these choices raises serious questions about the prudence and efficacy of national security decision-making in the new White House...

Dr. Carafano then goes on to examine the topics -- Change on Cuba, Dumbing Down Missile Defense, Gutting the Defense Budget, Ho-Hum on Homeland Security, Detainee and Counterterrorism Policy in Disarray, and more.

* "100 Days, 100 Mistakes." Compiled by various writers and published in the New York Post.

* "A Hundred Days of Media Love" by Brent Bozell
There's something very curious -- even laughable -- about watching the media assemble to offer President Obama a grade after the first 100 days. They weren't exactly a team of dispassionate scientists in a lab. They continue to be what they've been all along -- a rolling gaggle of Obama cheerleaders -- only before it was a campaign, and now it's an administration. So now they're assessing whether their awe-inspiring historic candidate still glows with the luster of victory. Hmm ... let's see. They applied the luster, they boasted of the luster, and you can bet your bottom dollar they'll continue doing both...

A Media Research Center study of all 852 stories about the Obama administration on ABC's "World News," "CBS Evening News" and "NBC Nightly News" from Jan. 20 through April 15 found most of the coverage tilted in favor of Obama's liberal agenda, with conservative spokesmen and experts virtually shut out of the debate.

None of the three broadcast networks aired a single story on whether the new president's economic policies were driving America toward European-style socialism. Not a single network news reporter used the term "socialist" to describe how his policies are shifting economic authority to the federal government. On only four occasions was the word "socialist" used on camera at all -- all by outside sources.

Network reporters never called Obama or his agenda even "liberal." NBC and CBS never used the word, and ABC only aired the term twice, citing Republicans using the word "liberal" to describe White House policies. On three of these major economic policies -- his banking bailout, his auto bailout and his plans for socialized medicine -- the networks never had a single soundbite from a conservative expert. After 100 days, the media still look more like the president's advertising team than the people's watchdog.
Posted by DH at 6:51 AM