An Unavoidable Crash: The U.S. Constitution vs Transnationalism 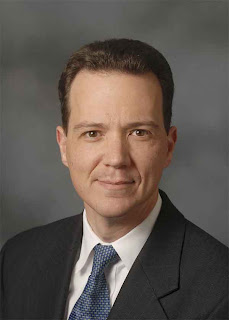 You'll note that more than one of today's posts concern the sad (and fast) erosion of free speech in America. Here's another.

What Happens When the First Amendment Meets Criminalization of Speech? comes from the able pen of Dr. Theodore Bromund (historian, internationalist, and a Senior Research Fellow at the Margaret Thatcher Center for Freedom) and is found in today's Foundry over at NRO.

As we pointed out on Monday, State Department Legal Advisor nominee Harold Koh’s praise for the “Inter-American Convention Against the Illicit Manufacturing of and Trafficking in Firearms, Ammunition, Explosives, and Other Related Materials” is misguided in several respects. One of these is that the Convention requires all signatories to criminalize the “counseling” of the commission of the illicit manufacturing of, or trafficking in, firearms.

What would happen if the Senate ratified the Treaty – which President Clinton signed in 1998, and which the U.S. already abides by spirit – without making a reservation against this clause? The dispute would soon make its way into the U.S. court system, to be adjudicated as a conflict between the U.S.’s treaty obligations and the First Amendment of the Constitution: the former calling for the criminalization of speech, the latter proclaiming the right of free speech.

In this conflict, most Americans would side with the First Amendment. But where would Koh stand? In a 2003 article “On American Exceptionalism,” published in the Stanford Law Review, Koh recognizes that the U.S. affords far greater protection than most countries to free speech. For Koh, this is cause for a measure of concern:

"On examination, I do not find this distinctiveness too deeply unsettling to world order. The judicial doctrine of ‘margin of appreciation,’ familiar in European Union law, permits sufficient national variance as to promote tolerance of some measure of this kind of rights distinctiveness."

So, the U.S.’s differences from the rest of the world are not “too deeply unsettling” and, thanks to EU law, can be tolerated to “some measure.” Thank goodness. But how far should they be tolerated? In a footnote, Koh gives his answer:

"...in a globalizing world, our exceptional free speech tradition can cause problems abroad, as, for example, may occur when hate speech is disseminated over the Internet. In my view, however, our Supreme Court can moderate these conflicts by applying more consistently the transnationalist approach to judicial interpretation."

So what would happen if the U.S. court system took up a case brought by the incompatibility of the Convention and the First Amendment? That would be up to the courts to decide. But what would Koh want the courts to do? The Convention is one of Koh’s much-admired ‘transnational norms,’ whereas the First Amendment is an example of American exceptionalism – and anyone who thinks that ‘exceptionalism’ is a term of praise has not spent any time in academia.

The implication is that, when it causes “problems abroad,” the First Amendment should be subject to that “transnationalist approach to judicial interpretation,” to “moderate . . . conflicts” by ensuring American speech did not conflict with the Convention. And that would mean restraints on speech in the United States.

How can any member of the U.S. Senate, all of whom rely on freedom of speech every day, and all of whom have sworn to uphold the Constitution, support this position? Yes, the U.S. is an exceptional country in many ways, including the fact that the First Amendment guarantees the right of free speech for all Americans, and that exceptionalism should be a source of pride. The idea that the U.S. courts should limit or ‘reinterpret’ those rights to ameliorate “problems abroad” is illiberal and wrong.
Posted by DH at 11:16 AM