Condoms Not the Answer to STD Epidemic 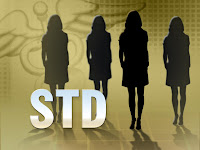 Barb Malek, our good friend, literary partner and much-respected pro-life colleague, read a "Midlands Voices" column in the Omaha World Herald last Monday in which a young woman naively suggested that our city's drastically increasing rates of sexually transmitted diseases could be solved by...you guessed it, a few more crates of free condoms and a few more classes in their judicious use.

Barb Malek disagrees. And she does so from a wealth of knowledge. She has some 25 years of experience as a pregnancy counselor, educator, researcher, writer and sidewalk counselor. Barb has been a key leader in the AAA Center for Pregnancy Counseling since its inception and she now serves there as one of its directors.

But beyond knowing, Barb cares. Indeed, she cares enough to spend a tremendous amount of her time helping women deal with the anxieties, shame and long-term physical problems which come with STDs.

And to help other women (and men) effectively avoid those same agonies.

Hers is a "Midlands Voice" you can truly trust.

Her response was, a bit surprisingly, picked up by the WH and printed in today's edition. You can read it here. But since the online editions don't keep these things for long, I also print it below.

Midlands Voices: "Solutions to STD Epidemic Are More Complex Than Condom Use" by Barb Malek.
(The writer, of Omaha, has worked for 23 years with young women facing unintended pregnancies and STDs.)

As the administrator for a pregnancy resource center, I face many young women who are struggling not only with an unexpected pregnancy but also with our local epidemic of sexually transmitted diseases. Chlamydia and gonorrhea are rampant.

However, I don't believe that the answer is as simplistic as making young people more aware of condom use, as Austin Person suggested in his April 20 Midlands Voices essay.

If we truly want to see Douglas County's disease rate decrease, we must examine the true causes and put aside personal prejudices and politics in order to address real solutions.

Looking past the rhetoric, it is clear that the rates of STDs have increased along with the rates of sexual activity, especially with the increase in the number of sexual partners. A sexual exposure chart shows that even if a young man or woman has had only one partner, he or she also will be at risk from each of the individuals his or her partner has had sex with.

Do condoms reduce the risk of infection? In one way, it must be argued that they do cut down on some exposure. However, it also can be argued that they provide a dangerous placebo that convinces young people that they will be safe from disease and therefore free to be as sexually active as they wish. In actuality, their risk is greatly increased.

Is the answer increased education in the schools? Is that really where young people are getting most of their influence about sexual activity? Recent studies have shown that teens are more impacted in their sexual choices by television, movies and music than they are in school.

In a study done by the University of California-Santa Barbara, it was pointed out that 66 percent of all prime-time shows contained sexual content. Yet, STDs were mentioned only once every 10 hours of viewing. The bulk of the sexual action occurs between unmarried characters, and yet the consequences of pregnancy and disease rarely are shown.

Another study, by the American Journal of Pediatrics, gave alarming statistics connecting the time spent listening to songs with strong sexual content to an increase in risky sexual behavior. Then there is the growing problem of easily accessible Internet pornography. The bottom line is that media often present a picture of sexual activity as beautiful and liberating - without also showing the ugly consequences of disease.

There are no simplistic answers to this problem. Most young women I speak with know about the dangers of sexual activity. They also know about condoms. However, many are fatherless and seeking love wherever they can find it, regardless of the consequences. And some just never thought anything bad could happen to them.

Regardless of personal feelings on the realities or practicality of teaching abstinence, the bottom line is that the rates of STDs and sex outside of marriage are clearly linked.

We all need to ask what we are willing to do to bring this epidemic to an end, even if the answer is not the politically correct one to choose. It will require courage to face the truth, however difficult it might be, and spare the lives and futures of a generation of young people.
Posted by DH at 11:47 AM