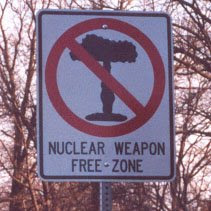 Gangs of men punching people on the street at random. Street fights where bystanders sometimes cheer, and where those who try to intervene sometimes get beaten themselves.

Police in this quintessential college town say there's been a dramatic rise in unprovoked beatings in the downtown area next to the University of Iowa over the last several months. Though the mix of young people and alcohol often leads to fighting, police say the intense violence and random nature of the attacks have them worried...

The good news is that things can't get too far out of hand here.