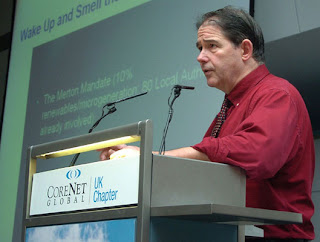 I've brought your attention to this fellow before ("British Government Official: Key to Global Warming Fight Is More Contraception & Abortion") but Jonathon Porritt hasn't yet gone away.

Of course, he hasn't. He's not going to jump off any bridges to get things rolling.

For Porrit believes (like all his anti-natalist, oligarch pals) that there's too way many of you people in the world. Of his kind (refined, from the right stock, from the right schools and holding the right opinions), there are never enough.

But you people? Oh no. The planet has already got its hands full with the Jonathan Porritt crowd so you people need to go ahead and do the right thing: just get off!

And how many must make their goodbyes for Porritt to be satisfied? Well, the guy is nothing if not ambitious. He argues that Great Britain cannot be "sustainable" unless it reduces its population by millions!

Indeed, Porritt suggests 30 million people is the top limit. Talk about Darwinian radicalism -- that's about the number in Great Britain when the "monkey's uncle" himself was making carbon footprints.

Porrit isn't alone in this grand "people phobia" and this article in the London Times describes a few of his compatriots -- folks whose silly ideas are, in practice, quite sinister.
Posted by DH at 9:54 AM