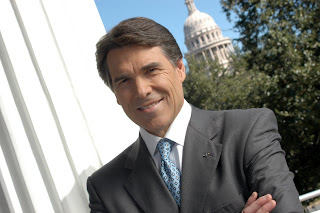 Denise Burke over at the Americans United for Life Blog gives the following update of an exciting development in adult stem cell research.

Yesterday, Texas Governor Rick Perry announced that the State will invest $5 million in promising adult stem-cell research. Specifically, the funds will be used to expand and recruit researchers to the Texas A&M Health Science Center (TAMHSC) College of Medicine’s Institute of Regenerative Medicine at Scott and White. The governor also urged the Texas Legislature to continue to appropriate funds to the Texas Emerging Technology Fund (ETF).

“Commercialization of adult stem cell research will provide much-needed solutions for Texans suffering from various tissue and organ disorders while protecting the unborn from exploitation,” Gov. Perry said. “This investment will promote innovation and commercialization in this evolving biotechnology sector and attract top researchers and outside investment to the Institute of Regenerative Medicine.”

Texas is one of 15 states that have passed legislation or taken other action encouraging the use of adult stem cells or umbilical cord blood for research.

Conversely, proponents of embryonic stem-cell research have created a false impression that these cells have a proven therapeutic use. In fact, embryonic cells have never helped a human patient; any claim that they may someday do so is mere speculation.

Given the lack of medical evidence to support the claims being made by proponents of embryonic stem-cell research and other forms of life-destroying research, bans on such procedures have the indirect benefit of allowing research money and effort to be directed to the already productive field of adult stem-cell transplantation and somatic cell gene therapies. Importantly, these procedures are free of the ethical dilemmas associated with destructive human embryo research.
Posted by DH at 10:01 AM