United Methodists Commemorate the "Catastrophe" (That Being the Creation of Israel) 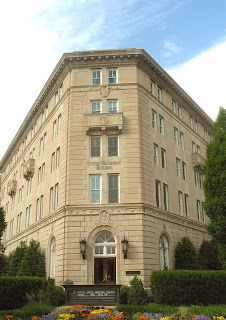 Radically heterodox in theology. Extremely left wing in politics. Inanely inept in history. That's three strikes and out for the hierarchy of a once-venerable Christian denomination. No wonder they're shrinking into oblivion.

Mark Tooley describes here in The Weekly Standard the latest misstep of the Methodists; namely, a much-ballyhooed commemoration (in the Methodist Building on Capitol Hill) of the "catastrophe" of Israel's creation.

Concludes Tooley, "Across recent decades, the United Methodist Building on Capitol Hill has hosted rallies and lobby events for groups supporting the Sandinistas in Nicaragua and the Marxist guerillas in El Salvador, for front groups of the North Korean regime, for advocates of Fidel Castro's misrule, for apologists of the Soviet empire, and for countless other tyrannies that have plagued the modern era. By portraying Israel's founding as a "catastrophe" that can only be redeemed through the gradual eradication of the Middle East's only longstanding democracy, the Methodist lobbyists are at least faithful to a decades-long tradition."
Posted by DH at 10:11 AM