"Thank You, Lord, for the Beautiful Day" Can Now Get You Fired 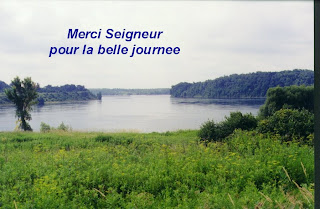 Claude McIntosh describes for the Standard Freeholder (Cornwall, Canada) one of the latest assaults on free speech in his country which, in this case, also involves the heavy-handed censorship of religion, tradition and a charming pleasantry.

A long-standing tradition at the Cornwall Post Office has been pulverized by the out-of-control political correctness steamroller.

For years, before leaving for their appointed rounds, local letter carriers and their inside colleagues would exchange an expression — “Merci Seigneur pour la belle journee (Thank you Lord for the beautiful day).”

Nice harmless touch to the start of the day.

It’s been torpedoed by the weak-kneed wimps at Canada Post, apparently in concert with the Canadian Union of Postal Workers. The expression has been banned.

Employees at the Cornwall office have been warned that anyone who uses the expression will be suspended (without pay).

According to sources inside the post office, Canada Post brought down the heavy-handed hammer after one employee, a recent arrival, complained that the expression trampled their rights.

A complaint was filed with the Human Rights Commission and an investigation was launched. That’s when the Nervous Nellies’ knees started knocking inside the Canada Post executive suites. Let’s be crystal clear here. It isn’t the expression that has Canada Post’s knickers in a knot, it’s the use of Lord.

If the expression was, “Thank you George or whoever for the beautiful day,” there wouldn’t be a problem. Just don’t mention Lord or God. It could get you fired. At least at the Cornwall Canada Post depot.

To say this is carrying political correctness too far, to the extreme, is an understatement.

It illustrates just how far the political correctness pendulum has swung in this country.
Posted by DH at 11:16 AM