Somebody has to pay for government's wasteful spending, pork barrel projects and nanny state programs, right? So step right up, Mr. Working Citizen -- you're the chump.

Indeed, it seems the primary business of liberal politicians like Democrat Barack Obama and Republican Arnold Schwarzenegger is to squeeze ever more of your money into their bloated, woefully inefficient system.

After all, the police and courts are losing to the criminals big time. The schools are failing our kids and thus greasing the wheels for yet more cultural decline. The welfare state has yet to be checked, let alone dismantled. Entitlement programs have been gratuitously distorted from their original purposes.

But none of that means a thing to their insistence that you foot the bill...and a bigger and bigger bill it constantly is. 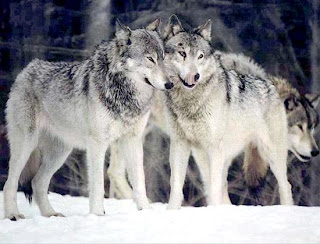 Benjamin Franklin once said that "Democracy is two wolves and a lamb voting on what to have for lunch. Liberty is a well-armed lamb contesting the vote." What the people of the United States have done in recent decades is willingly surrender their liberty (along with their purse) to government.

But it doesn't stop there. For after the United States government has used us all up and there is no more public largesse to draw from, the structure falls in upon itself. And it, in turn, inevitably becomes lunch for the wolves waiting without.