The Collapse of Conservatism 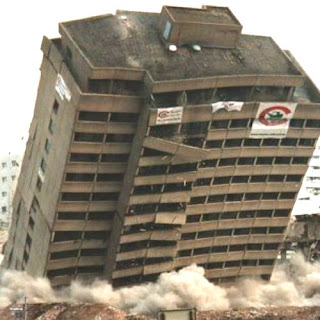 Here are some sobering reflection's on the legacy of President Bush from the Evans-Novak Political Report:

...A more significant fruit of the last eight years may be the collapse of conservatism as it had been articulated by Reagan and then by the Republicans who took over Congress in 1994. Bush's "compassionate conservatism," meant more government and open borders, but somehow was expanded to include waterboarding and domestic wiretapping. There was no rhetorical or ideological consistency.

Bush was the first nominee since the conservative movement had come into maturity in the 1980s, to run, in good part, as a movement conservative. As a result, his party and many of the movement's' institutions and media outlets contorted themselves for more than five years to mesh with the President. When the Harriet Miers nomination brought the Bush-support-structure crashing down, an eroded conservative foundation was revealed beneath.

Bush led congressional Republicans to expand the federal role in education, create a prescription-drug entitlement, and dramatically increase federal spending. In subtler ways, too, he dismantled the conservative teachings on government, with, for example, his two stimulus packages, and his twice sending out checks from the IRS to taxpayers. These moves reinforced the notion of Washington as a Santa Claus and the idea that Washington can and should actively stimulate the economy.

The bailouts, supported by most Republicans in Congress, left the GOP without anything like a coherent message on the economy—as manifested by John McCain's ineptitude on the issue. Can lawmakers really object to added federal regulation of an industry to whom they've given the keys to the Treasury?

Looking forward, the massive Wall Street bailouts—and not Iraq—may turn out to be Bush's true lasting legacy. The relationship between Wall Street and Washington is forever changed, and President Obama is now armed with unprecedented control over our nation's leading industry. With Obama's ambition and this power, our economy could look completely different—and far more dependent on Washington—by the time the next President comes into office...
Posted by DH at 5:03 AM