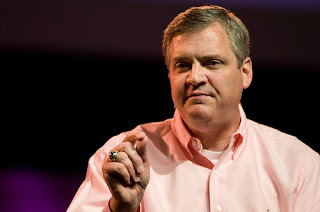 Southern Baptist leader Albert Mohler addressed a group of evangelical Anglicans (the Mere Anglican conference) last week in Charleston. Brief quotations from that address plus a stimulating interview of Dr. Mohler by conservative Anglican activist David Virtue can be found here at Virtue Online. Here are a few highlights:

* "In talking to secular people, we are speaking to people who are just as alienated as those who have never heard the gospel."

* "I think I understand on this (homosexual) issue and on the abortion question, [Barack Obama] is far more self consciously pro abortion than any preceding chief executive. This is of tremendous concern. Those who have been fighting for human dignity for all persons for some time feel certainly disheartened. The good news is that America is not a pro abortion nation. The nation seems to have settled into a position in which it thinks that abortion is a grave moral evil that should be kept as a legal option. That is an incongruous and unstable understanding. Either the immoral or illegal understanding is going to have gain supremacy as some point."

* "As an historical theologian, I am concerned with revival in the churches. An awakening must first emerge in the churches. Evangelicals who think revival will begin in the culture and spread to the churches are deluding themselves."

* "Denominations are only compelling in terms of interest when they present a vision which is attractive to believers because it mobilizes them for ministry that they cannot accomplish alone. If it is a self- serving bureaucracy, they deserve to die. It is better off being without them. The amazing things, even as these younger churches organize themselves, they take on a shape that is denominational even if they don't call it that. The Emerging Church Network is basically a denomination, as is the Seeker Sensitive churches."

* "I have grave concern about the reduction of the gospel to 'The "Purpose Driven Life."' There is a great deal more to Christianity that a believer must know. The problem with many of these approaches, at the populist level, is that it does not appear that believers get there."
Posted by DH at 8:54 AM