Leave It In the Garage: Americans Are Driving Less 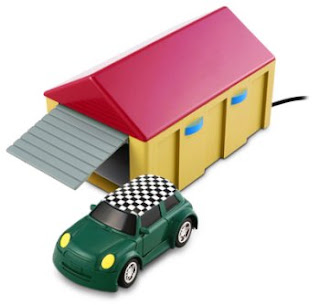 I know it doesn't seem like it from your daily hassles with traffic but the Federal Highway Administration has just come out with the data (derived from 4,000 automatic traffic recorders operated around-the-clock by state highway agencies) that Americans are driving a lot less than a year ago.

Is it just the high gas prices we experienced this year? No, say the feds. "The fact that the trend persists even as gas prices are dropping confirms that America's travel habits are fundamentally changing," Transportation Secretary Mary Peters said.

Other factors seem to be computers allowing more work from home and an increase in mass transit users.

Now this is a piece of good news for several reasons, not the least of which is that getting out on the highway is the most dangerous thing we do every day. Anything that cuts down on our chances of being run over are good. But it's als0 good news for our savings and for the environment.

So is there any bad news here?

Well, there is a serious gap between federal gas tax revenues and the government's commitments to fund state and local highway repair and construction projects. The decline in driving thus plays a significant part in widening that gap yet further. Congress already made an "emergency infusion" from the general treasury this year to fund some of those projects -- some $8 billion worth.

But don't worry. The Obama administration will certainly find several other ways to tax us to make up the difference. And that will diminish our financial capability to drive (or perhaps do anything else, for that matter) even more.
Posted by DH at 7:58 AM