Government Schools: The "Motor-Force" of the Socialist Revolution 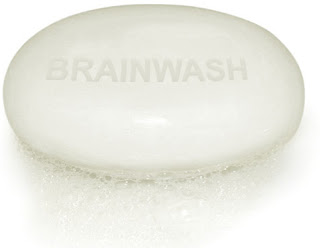 It's a very uncomfortable, embarassing issue for Christians. And when raised, it often leads to irrational denial and fighting words. But the facts...Well, they just cannot be denied.

The issue? The profound and long-lasting damage done to our nation's youth as government schools coercively baptize kids (Christian and non-Christian alike) in the deep dip of secularism, political liberalism, distortion of history, and overt antagonism towards Christianity.

Phyllis Schlafly, bless her heart, continues to raise the alarm. Here are a few paragraphs from her latest wake-up call.

Why did 18-to-29-year-old evangelicals vote for Barack Obama despite his apostasy on the fundamental moral issues of abortion and same-sex unions? They voted 32 percent for Obama, twice the percentage of that demographic group who voted for John Kerry in 2004.

Many of these young people identify "social justice" as the reason that led them to relegate the prime moral issues of life and marriage to the back burner. But the term "social justice" does not define a moral cause -- it is left-wing jargon to overturn those who have economic and political power.

What caused young evangelicals, the children of the so-called "religious right," to change their moral imperatives so dramatically? Most likely it's the attitudes and decision-making they learned in the public schools, which 89 percent of U.S. students attend...

In 1983, Humanist Magazine featured an article that boasted, "The battle for mankind's future must be waged and won in the public school classroom." [William] Ayers put it this way: "Education is the motor-force of revolution."

Ayers became a leading advocate of "social justice" teaching -- i.e., getting students to believe that they are victims of an unjust, oppressive and racist America. Community organizers can then use these young people to vote and otherwise carry out Ayers' "revolution."...

The National Association of Scholars reports that use of the term "social justice" is today understood to mean "the advocacy of more egalitarian access to income through state-sponsored redistribution." That is academic verbiage for Barack Obama's assertion that he wants to "spread the wealth around."

"Rethinking Schools" is a Milwaukee-based organization that publishes instructional materials to assist teachers how to "weave social justice issues throughout the curriculum." Lessons include "Rethinking Mathematics: Teaching Social Justice by the Numbers" and "Reading, Writing and Rising Up: Teaching About Social Justice and the Power of the Written Word."

Howard Zinn, author of the anti-American "People's History of the United States," urges educators to prioritize "social justice" education over political neutrality. In a 1998 interview, he said "quiet revolution" to move us toward "democratic socialism" was his goal in writing "People's History."

The thinking of teachers is further molded at expensive conferences, financed by billing the taxpayers. The National Association for Multicultural Education (NAME) sponsors seminars with titles such as "Our Work as Social Justice Educators," "Teaching for Social Justice in Elementary Schools," "Dismantling White Privilege and Supporting Anti-Racist Education in Our Classrooms and Schools" and "Creating Change Agents Who Teach for Social Justice."

This "social justice" curriculum results in a heavy cost in time not spent on the basics. Young Americans who are exposed to Ayers' radical left-wing ideas generally have little background information to help them evaluate bias and errors...
Posted by DH at 10:24 AM