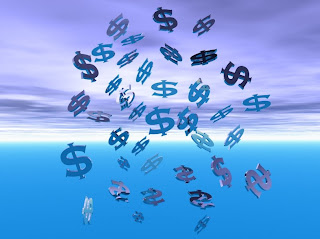 In an article in Fortune magazine covering the Bernard Madoff scandal, writer Mitchell Zuckoff drops in an illuminating tidbit about "charitable foundations."

...Federal law requires foundations to spend 5% of their funds each year on good works and administrative costs. Some foundations exceed that requirement in times of need, such as post-Hurricane Katrina, and some are designed to spend themselves out of existence over a set period of time. But most foundations closely adhere to the 5% rule. By doing so, they offer their creators the prospect of philanthropic immortality. As long as a foundation's principal earns 5% a year - not always possible in a given year, but a reasonable goal over time - a foundation endures, and so does its sponsor's vision...

But, keep in mind, 5% of a billion dollars is still quite a chunk of change.