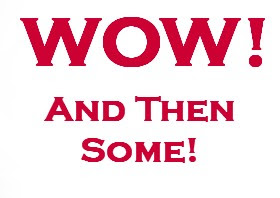 It's wow time as yet another big stem cell breakthrough has occurred. And yes, you guessed it; it's adult stem cells that are behind this fantastic development. On the other hand, embryonic stem cell experimentation, despite the millions thrown its way, has given us nothing but unqualified hype.

Here's the story from The Scotsman:

A woman has become the first patient in the world to receive an organ created in a laboratory, in a pioneering operation that could change transplant surgery, doctors said yesterday.

Professor Anthony Hollander, part of the team behind the breakthrough, described it as an example of "stem cell science becoming stem cell medicine."

Using Ms Castillo's stem cells to create a new airway for her means there are none of the tissue-rejection problems that are a major issue for transplant surgery and which usually mean recipients have to take powerful drugs for the rest of their lives.

Researchers from the UK, Italy and Spain worked together in the extraordinarily complex procedure to grow tissue from the 30-year-old mother of two to fashion a new bronchus – a branch of the windpipe – and carry out the transplant operation.

Scientists believe the same approach will be used in years to come to create engineered replacements for other damaged organs. In five years, they hope to begin clinical trials in which laboratory-made voice boxes are implanted into patients with cancer of the larynx.

Professor Martin Birchall, a member of the team from the University of Bristol, said: "What we're seeing today is just the beginning. This is the first time a tissue-engineered whole organ has been transplanted into a patient.

"I reckon in 20 years' time, it will be the commonest operation surgeons will be doing. I think it will completely transform the way we think about surgery, health and disease."...