If Proposition 8 Is Overturned, So Is Democracy 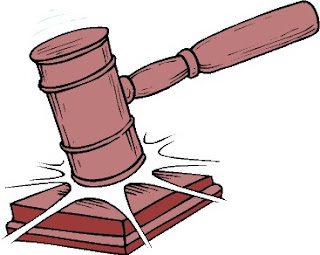 Today's Wall Street Journal editorial is a compelling one, arguing that the California Supreme Court's entrance into the Proposition 8 affair endangers not only the clear decision of the voters against homosexual marriages, but it endangers the whole idea of American democracy as well.

...It's true that we've seen some wild things in the days since California voters approved Proposition 8 -- a measure on the state ballot prohibiting same-sex marriage. We've had the burning of the Book of Mormon. The mailing of envelopes filled with white powder to Mormon temples. And activists marching on Mormon churches with signs and shouts of "hate" and "bigot" directed at anyone who might have a difference of opinion.

In modern America, of course, these acts all come under the banner of "tolerance." And it's interesting that all those so outraged by the alleged disrespect toward the Quran shown by Guantanamo prison guards (the most sensational report was later retracted by Newsweek) appear unperturbed by the ugliness directed against our Mormon brothers and sisters...

The great achievement of our system was to create a political order where these great moral disputes, as a matter of policy, are left to the people -- with allowance for differences according to region and locale. Moral agents have a role to play, generally by shaping the larger culture in which these decisions are framed and debated. But the outcome is left to the people acting through their elected representatives, a process that inevitably involves compromise, trade-offs and messy accommodations.

These political accommodations can be thought illogical or even corrupt by those focused solely on the moral. Partial-birth abortion is a good example. In the moral sense, surely the humanity of an unborn child is not affected by whether he or she happens to be aborted inside the womb or, a few minutes later, outside the womb. And gay-rights activists see no moral difference between two men who want to get married and the traditional male-female couple making their walk to the altar.

What people hold as a moral ideal, however, and what they will accept as a workable compromise are two different things. Left to their own devices, most Americans can work these differences out in politics much as they do in their everyday lives, as untidy as these solutions may be. Unfortunately, when the courts short-circuit this process, they do three things corrosive to our politics.

First, they act as dishonest referees, imposing one set of preferences over another.

Second, they cheat the American people of an honest political contest, where candidates need to persuade the people of their views to put them into effect...

There's a few other points the editorial makes -- including the huge advantage the Democrats have in elections by saying they believe something they don't in order to keep certain voters appeased (like Joe Biden's contention that the Democrat ticket didn't support homosexual marriage) but then relying on liberal, activist courts to do the job anyway.