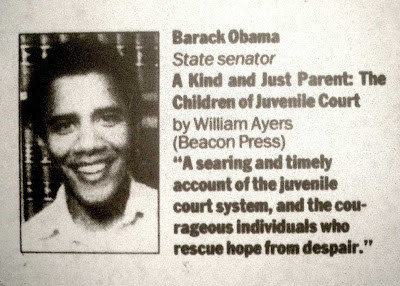 ...I find it very hard — no, make that impossible — to believe that Barack Obama had “no idea” who William Ayers really was, or that he had a past as a notorious domestic terrorist (as Obama’s campaign has claimed) while serving on panels with Ayers and simultaneously praising Ayers’ book in a major newspaper.

This story is likely to continue growing, and I thought that the image above would provide a good “visual” for the Obama-Ayers connection.

You've got to check out this revelatory report from Zomblog. Wow.

Consider Obama's outright lies about his relationship with unrepentant domestic terrorist Bill Ayers AND then consider the complete subservience of the mainstream media to those lies. Golly; the horrors of Halloween are nothing compared with the frightening reality of this unprincipled radical in the White House.
Posted by DH at 6:08 AM