Is "Mostly Dead" Enough When It Comes to Taking Organs? 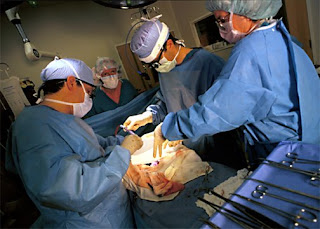 In a unusually forthright article in the New England Journal of Medicine dealing with organ donation, Dr. Robert D. Truog (Harvard Medical Center and Children’s Hospital in Boston) and Dr. Franklin G. Miller (National Institutes of Health) confess that many organ "donors" are, in fact, not dead when their organs are removed.

Actually, it's been happening for decades. And, with various new definitions of death being used to hide the grim truth that doctors are indeed killing one patient for the sake of another, it's getting worse.

But, despite the rare confession made in the NEJM article, Drs. Truog and Miller aren't terribly bothered about this situation. In fact, they argue that whatever liberal definitions of death are now in place need to be disregarded. Why? Simply to keep up with the demand for organs.

The American public, including Christians who are otherwise dedicated pro-lifers, remain almost completely unaware of this situation.

And that's why I pass on the link to the NEJM article AND to this excellent Anita Kuhn commentary on it from Touchstone magazine to you. (And the Kuhn article certainly deserves to be passed on to others.)

Since its very beginning, Vital Signs Ministries has sought to inform people about how "brain death" and other scientifically untenable manipulations were being used to excuse premature organ procurement and promote other euthanasia purposes. VSM's standards were largely due to the fact that pro-life champion Dr. Paul Byrne, one of the West's foremost experts on "brain death," practiced in Omaha in the 1980s and thereby enlightened the pro-life community here on what was really happening behind the closed doors of American surgery rooms.

We are ever in his debt. 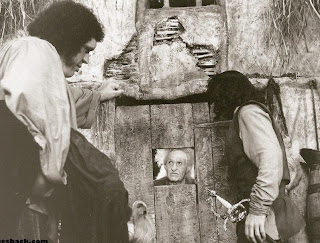 But most American pro-life advocates remain completely unaware that organs are being taken from live donors...and, yes, it is the removal of those organs that is the cause of the donor's death.

No, my friends; this isn't the plot of a Robin Cook novel. Nor is it a replay of Billy Crystal's wizard in the Princess Bride film. ("He's not dead; he's just mostly dead.")

It is business (and I choose that word deliberately) as usual in Western hospitals. Spread the word.
Posted by DH at 8:09 AM