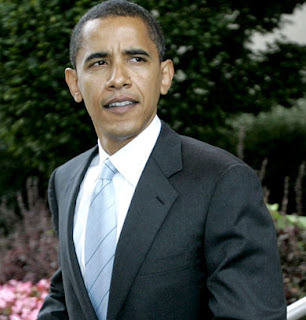 Robert Alt has a measured, yet still frightening, column here in the New York Post about the depth of Barack Obama's commitment to the redistribution of wealth in America.

Yes, an Obama presidency will be a great tragedy for Americans who speak for preborn babies, for natural marriage, for the need to effectively protect the United States from her many enemies, and for the rights of free speech and religion.

But for socialist radicals like Bill Ayers who want to wreck what's left of America's economy and eliminate entrepreneurship, open markets and free enterprise? Barack Obama is most definitely their dream date.
Posted by DH at 9:14 AM