Uncomfortable Truths About In Vitro Fertilization 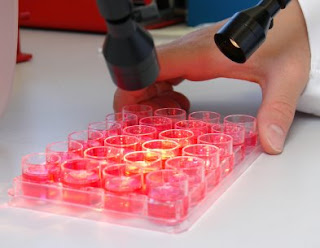 ...This is not a good situation for the babies. The human body is only built to bear one child at a time; only ten percent of twin pregnancies make it to their due dates. The more babies in one womb, the earlier they’re born, and the more time they’ll have to spend in NICU. The more likely, also, they are not to survive. Born early and drastically underweight, such babies are often considered miraculous if they even make it home. Moreover, such high-risk pregnancies are more likely to end by C-section, and it’s the high rate of C-sections that is in part blamed for the current rise in maternal mortality.

Of course, it’s possible for a multiple pregnancy to be reduced, and the procedure is fairly common. After all, goes the logic, better to lose two babies in utero than lose all four at birth. Doctors can determine the position of all the fetuses by using ultrasound. They will then test those fetuses that are easiest to reach for abnormalities. And if all the fetuses are equally healthy and get-at-able, the doctors will ask the parents which gender they would prefer to keep. Usually, triplets and quads are reduced to twins (the risks go far, far down with only two in the womb), so parents may be able to choose one of each sex and complete their family right away, assuming they’ve already got a dog at home.

It’s an understandable logic: Eliminate one or two so the remaining two can thrive. But it completely bypasses the real question: Should these children have been created in the first place? There’s something to be said for the old “children are a blessing” mentality; it fostered the idea not only that children are good, but also that children are sent from somewhere else. Their coming cannot be rigidly controlled. If anything, it’s the notion that the timing and apportioning of children can be controlled absolutely that’s gotten us into this situation...

Kate Bluett has a lot more to say about the important (and terribly misunderstood) moral issues involved with in vitro fertilization. Read the entirety of her fascinating, challenging article in Salvo Magaizine right here.

By the way, here's a few posts from previous Vital Signs Blog relevant to this issue: Culling Embryos to Get a Perfect Baby; Does the Pro-Life Movement Care About In Vitro Fertilization?; The Tragic Fate of IVF's "Excess" Babies; Ova Freezing as a Lifestyle Choice; In Vitro's Monstrous Secret; and What Happens to the "Extra" Embryos?
Posted by DH at 8:57 AM