"I Deserve" -- The New Mantra of Western Culture 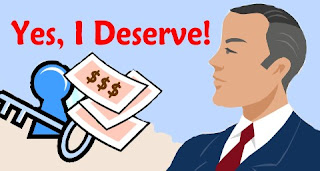 It’s also axiomatic that only the rich—that is, anyone making more money than you—seek to get something for nothing. Thus, several developments last week in New York City’s massive housing-welfare regime will never be portrayed as a manifestation of greed among the poor, but only as social justice.

In June, the city’s Rent Guidelines Board approved a rent increase for apartments whose tenants have lived in them for more than six years and that rent for less than $1,000 a month. The Board acted in response to rising fuel, water, and tax expenses, which have hit small property owners particularly hard. On September 16, the Legal Aid Society and Legal Services of New York sued the Rent Guidelines Board over the new rates.

The rent increase—$45 a month for one-year leases and $85 a month for two-year leases—will affect tenants like Santiago Garza, who has been living in a rent-stabilized apartment on West 48th Street since 1981. Garza pays $570 a month for his digs, while a comparable apartment next to him rents for $1,800, he told the New York Post in June. Yet Garza and the hundreds of angry tenants and advocates who protested the rent hike when it was approved believe that they are merely getting what they deserve—unlike their landlords, who don’t “do enough,” Garza complained. Getting a $1200-a-month subsidy from your landlord, and forcing him to take a huge loss on the market value of his property, isn’t greed, it’s a right! A $1200-a-month windfall to a tenant: simple justice. A market-driven level of rent: landlord avarice.

This remarkable sense of entitlement is of course the official creed in New York, whose city council and representatives in Albany believe that landlords are virtually public entities, obligated—at whatever cost to themselves in foregone income—to provide services and shelter to a lucky group of renters (and at whatever cost to the city in unbuilt rental units). Imagine if the New York City Council, whose speaker, Christine Quinn, enjoys a rent-stabilized apartment in Chelsea, capped worker salaries, so that employers would not face the hardship of competing in the marketplace for employee talent. Such a law would be denounced as a grotesque infringement on the economic rights of the common man. But if the first-time owner of a duplex in Queens seeks a market return on his investment, he is pilloried for ripping off the poor...

Source: Heather MacDonald's wry and compelling "Greed Is for Other People" over at City Journal.)
Posted by DH at 9:26 AM