"This Is the Way Civilisation Dies." 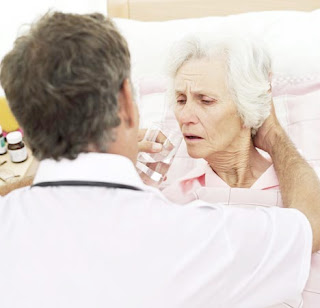 Melanie Phillips latest article in the Daily Mail (U.K.) is a chilling, infuriating reminder of how profoundly enveloping is the culture of death. I print excerpts below but I urge you to read the whole article here.

Has there ever been anyone who has displayed more inhumanity towards her fellow human beings, and yet had more influence over British society, than the noble Baroness Warnock?

In an article for a church magazine, Lady Warnock has declared that elderly people with dementia are 'wasting' the lives of those who care for them, and have a duty to die in order to stop being a burden to others.

On pitiless Planet Warnock, people are valued in proportion to their ability to lead an independent life. If they can't do so, they are to be written off as valueless - and even more nauseating, they are being told they actually have a duty to end their lives...

Tempting though it may be, it would be a mistake to treat this elderly philosopher as an eccentric who can be safely ignored. Lady Warnock is a key figure in the development of medical ethics in this country, from research on embryos to the debates over euthanasia.

Although the days when governments called upon her to serve on such committees of the great and the good may be over, her thinking provides graphic evidence of the slippery slope down which we are sliding at terrifying speed.

What she originally presented as the 'right to die', for example, soon mutated into the 'duty to die'. The claim that euthanasia would benefit sick people by ending their pain is thus revealed as a fraud. The real point is to benefit the sick person's relatives, in whose interests the patient must be expected to forfeit life itself...

It is a view she carried into practice when she watched her incurably ill husband, Geoffrey, accept the help of a family doctor to take lethal doses of morphine in order to end his life...

This is indeed the path to barbarism. But Lady Warnock is by no means alone in holding these views. They are mainstream among our secular, anti-religious elites - and alarmingly, nowhere more so than in the medical profession.

The Royal College of Obstetricians and Gynaecologists, for example, said two years ago that 'active euthanasia' should be considered to spare parents the emotional and financial burden of bringing up seriously disabled newborn babies. These doctors were advocating killing newborn infants for the presumed benefit of others.

A terrifying, amoral landscape is opening up before us, brought into being by the philosophy embodied by Lady Warnock - the garlanded intellectual, whose epitaph will be a dehumanised society where the weakest are being steadily sacrificed for the benefit of the strong. This is the way civilisation dies.
Posted by DH at 9:27 AM