"Can You Hear Me Now," About Cell Phones and Brain Cancers, That Is? 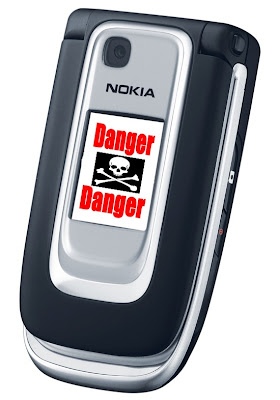 "I hardly ever use my cell phone."

I've stated that before here on Vital Signs as I linked you to studies conducted by Dr Vini Khurana, a top neurosurgeon who has received 14 awards over the past 16 years and has published more than three dozen scientific papers, about the growing evidence linking brain cancers to mobile phone use.

Well, the scientific evidence continues to mount (though woefully under-reported) that cell phone use is dangerous, particularly to the young. Check out this story from the Independent (U.K.).

...Last week the European Parliament voted by 522 to 16 to urge ministers across Europe to bring in stricter limits for exposure to radiation from mobile and cordless phones, Wi-fi and other devices, partly because children are especially vulnerable to them. They are more at risk because their brains and nervous systems are still developing and because – since their heads are smaller and their skulls are thinner – the radiation penetrates deeper into their brains.

The Swedish research was reported this month at the first international conference on mobile phones and health. It sprung from a further analysis of data from one of the biggest studies carried out into the risk that the radiation causes cancer, headed by Professor Lennart Hardell of the University Hospital in Orebro, Sweden. Professor Hardell told the conference – held at the Royal Society by the Radiation Research Trust – that "people who started mobile phone use before the age of 20" had more than five-fold increase in glioma", a cancer of the glial cells that support the central nervous system. The extra risk to young people of contracting the disease from using the cordless phone found in many homes was almost as great, at more than four times higher.

Those who started using mobiles young, he added, were also five times more likely to get acoustic neuromas, benign but often disabling tumours of the auditory nerve, which usually cause deafness.

By contrast, people who were in their twenties before using handsets were only 50 per cent more likely to contract gliomas and just twice as likely to get acoustic neuromas.

Professor Hardell told the IoS: "This is a warning sign. It is very worrying. We should be taking precautions." He believes that children under 12 should not use mobiles except in emergencies and that teenagers should use hands-free devices or headsets and concentrate on texting. At 20 the danger diminishes because then the brain is fully developed. Indeed, he admits, the hazard to children and teenagers may be greater even than his results suggest, because the results of his study do not show the effects of their using the phones for many years. Most cancers take decades to develop, longer than mobile phones have been on the market.

The research has shown that adults who have used the handsets for more than 10 years are much more likely to get gliomas and acoustic neuromas, but he said that there was not enough data to show how such relatively long-term use would increase the risk for those who had started young. ..
Posted by DH at 8:38 AM